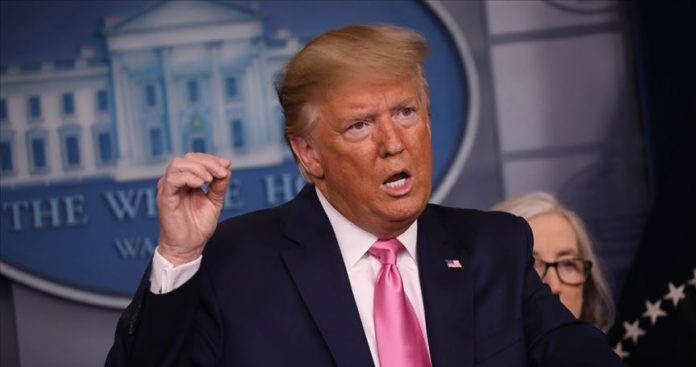 Twitter block removed for Donald Trump. After the barrier was lifted, US President Trump made his first post and condemned his supporters raiding the US Congress. In fact, in Trump’s post, it was emphasized that America is the rule of law and that those who break the law will pay the price.

Social media platforms censored Trump after US President Trump announced that he would not accept the election results, as his supporters attacked the US Congress. Twitter lifted the censorship after 12 hours and Trump made his first post.

Trump shared a video as Twitter was unblocked. Trump, who will surrender his post on January 20, said he was shocked by violence, turmoil and lawlessness. The President of the USA even made the definition of “ugly” for the incident that his supporters were involved in and announced that he would pay the price of those responsible. You can see the video Trump shared below.

Trump condemning protesters; He stated that the tension should decrease, all legal ways to object to the results of the election were exhausted and the transition process should be completed without any problems. At the same time, the US President in the video shared; “I know you’re disappointed, but a great journey is just beginning,” he said to his supporters.

In the USA, the change of office will take place with a ceremony to be held on January 20 and Joe Biden, who won the election, will replace Donald Trump.

A Patient with Corona Virus May Not Show Symptoms Between 1...