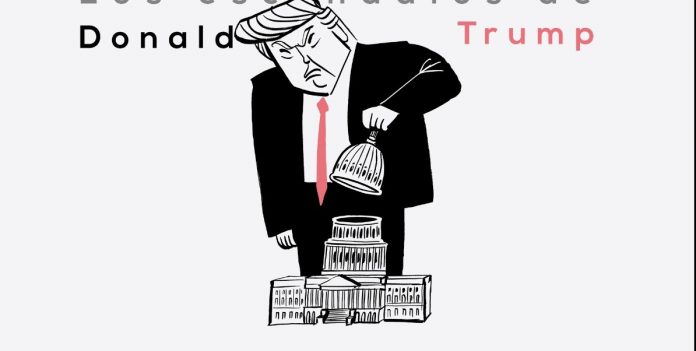 Learn about the most notorious scandals of Donald Trump as president of the United States and his valuable fortune.

Donald Trump has been one of the most controversial presidents in the history of the United States. His personal, social and political life has been marked by scandals that have even marked his passage through the White House and his business as a businessman.

Trump scandals before the presidency

During his election campaign in 2005, prior to being elected president of the United States, Donald Trump was involved in a scandal for the publication of some audios by The Washington Post. In the recordings he is heard speaking obscenely about women: “When you are a star, you can do whatever you want,” sparking controversy. Already as president, Donald Trump posted on Twitter that he regretted the words he said a decade ago.

Scandals during the election campaign

Other relevant scandals of Donald Trump before the presidency, it was during the debates carried out in the electoral campaign. The first took place on November 8, 2016, in the debate with Hillary Clinton. In this he attacked the Clintons with highly controversial comments:

Hillary Clinton replied via Twitter: “This is horrible, we cannot allow this man to become president.”

In another debate with Hillary Clinton, in September 2016, the former presidential candidate recalled that Donald Trump called Alicia Machado “Miss Piggy”, in addition to that he described the former Miss Universe as “Miss domestic worker because she is Latina.” Trump responded to the criticism saying that Machado was “the worst Miss Universe” they had: “She was the winner and she gained a lot of weight and it was a real problem; not only that, but also her attitude ”, commented the now former president of the United States.

Trump scandals out of political life

Outside of politics, Donald Trump has a long history of bankruptcies and failed companies, such as Trump University, investigated by authorities after countless allegations of fraud and exploited loopholes in the law to avoid paying taxes.

Donald Trump made dubious investments with opacity and investigations. He, too, is said to have acted on his own behalf by taking $ 258,000 from his foundation to crack down on lawsuits against his for-profit companies, according to The Washington Post.

Trump as president of the United States

Donald Trump has been one of the most controversial presidents of the United States. His tenure was overshadowed by his scandals before and after he was elected as the leader of one of the most powerful nations. The most important ones during his presidential term are listed below.

The Russia scandal was the gravest of the controversies surrounding the early Trump presidency. It originated in the electoral campaign between Trump, a Republican, and former US Senator and former Secretary of State Hillary Clinton, a Democrat.

Both the FBI and the CIA said that the hackers who targeted the Democratic National Committee, and the private emails of Clinton’s campaign chairman, were working for Moscow, hoping to influence Trump’s election.

US intelligence agencies also said that Russia was working to sow dissent and confusion among American voters in an attempt to undermine their democratic institutions. Donald Trump always denied such accusations.

Trump fired FBI Director James Comey in May 2017 and blamed senior Justice Department officials for the move. Democrats had viewed Comey with suspicion because, 11 days before the 2016 presidential election, he announced that he was reviewing emails found on a laptop, belonging to a Hillary Clinton confidant. This to determine if they were relevant to the then closed investigation on the use of the personal email server.

Lt. Gen. Michael Flynn was appointed by Trump to be his national security adviser in November 2016, just days after the presidential election. He resigned after just 24 days on the job, in February 2017, after The Washington Post reported that he lied to Vice President Mike Pence and other White House officials about his meetings with a Russian ambassador to the United States.

Donald Trump became the first American president to be impeached twice. First, in December 2019, he was indicted for two articles related to his alleged attempt to pressure Ukraine to interfere in the 2020 presidential elections. He was indicted by the House, but acquitted by the Senate.

In January 2021, just weeks before his term expired, he was charged a second time with inciting insurrection for his role in attempting to overturn the results of the 2020 elections, leading to the riots on 6 December. January at the Capitol.

The 2020 presidential election pitted Trump against Democrat Joe Biden, a former United States senator from Delaware and a former vice president of Trump’s predecessor Barack Obama. Following Trump’s defeat in the election, instead of giving in and working on the usual peaceful transition of power to the next administration, Trump and his allies filed dozens of lawsuits.

They also made numerous speeches alleging electoral fraud, and tried to annul the results of the elections. In short, the scandal is about the losing candidate in a presidential election refusing to accept the results.

There is no filter between the thoughts, ideas and emotions that Trump has and the expression of them on Twitter. Trump has used tweets to mock foreign leaders in times of crisis, hit his political enemies in Congress and even accuse Obama of tampering with his office in Trump Tower.

Trump’s use of Twitter was also central to the controversy over the Jan. 6 Capitol riot, where he used the platform to urge his followers before the insurrection.

Hours after the initial violence, he took to Twitter to post a video message in which he repeated about the electoral fraud. He told his followers: “These are the things and events that happen when a crushing and sacred electoral victory is so brutally and unceremoniously stripped of the great patriots who have been treated badly and unfairly for so long.” As a result, Twitter first suspended his account and then permanently banned it.

On January 21, Donald Trump left the Presidency of the United States. During his time in the White House, he won many adversaries, which could affect his political and business future. One of these projects is that of the Trump Organization, which is based in New York City. It is proposed to terminate the contracts with said organization for the management of several attractions to be held in Central Park and a golf course in the Bronx.

Another example is with respect to Deutsche Bank. This has announced the cancellation of operations with the companies of said group, and despite the fact that said German bank is being investigated for certain irregularities, in some activities related to the environment of the now former president of the United States. The Trump SoHo hotel, which has been renamed Dominick, has also been affected, as well as the Trump Palace residential complex, which has been left without a name.

Donald Trump’s properties and his empire in numbers

It is well known that Donald Trump is a man with an immense fortune, which has placed him among the richest men in the world. His estate was estimated until December 2020 at 3.1 billion dollars, an amount that decreased in the last four years, being that before that time his fortune was estimated at 3.7 billion dollars.

Avenue of the Americas (Sixth Avenue)