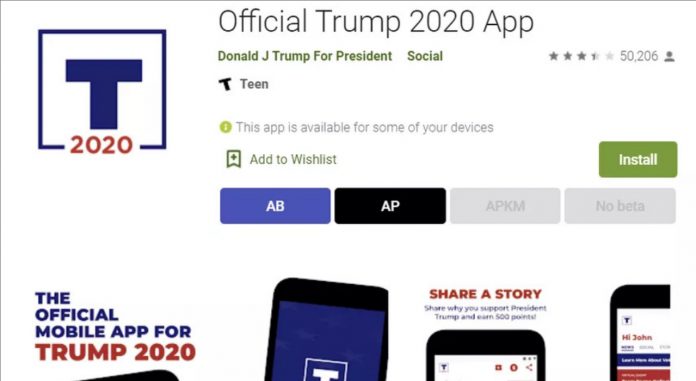 The app provided campaign news, event schedule, and ways to donate to the campaign before it was suspended. However, at one point he stopped working and asked Google to remove it.

According to Android Police, Google verified and tested the app’s functionality before uninstalling it.

In addition, let’s mention that the iOS version of the application is still in the App Store and works.

Due to Google Play Store policies, apps must maintain “minimum functionality”. In a statement to Android Police that it has uninstalled the app, Google explained the matter as follows;

“The Trump 2020 campaign app recently stopped working and we tried to reach out to the developer multiple times to get them to fix the problem. People expect apps downloaded from Google Play to provide minimal functionality, and our policy is to remove apps that don’t work from the store if they’re not fixed. “