Home News Trump: We will declare Antifa as a terrorist organization 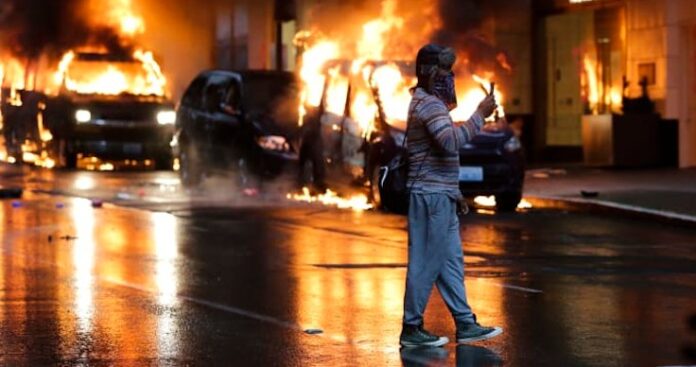 US President Donald Trump has announced that they will announce anti-racist leftist group Antifa, a terrorist organization, responsible for the escalation of tensions in the protests demanding justice for George Floyd, who was murdered by racist police.

While the protests, which started after the death of George Floyd, were continuing from the United States (USA) President Donald Trump, he made a new statement from his social media account.

“If the Mayor used the National Guard from the first night, these problems would not have happened,” said Trump, suggesting that other states and cities ruled by the Democrats should look at this example and get support from the National Guard before it’s too late.

Trump also accused the mainstream media, which he described as “fake news,” for fueling anger and anarchy in demonstrations.

THE ORIGIN IS HARD TO NAZI GERMAN

The origin of the Anti-Fascist Protest movement, which is used as an abbreviation of the word “Anti-fascism” in public sources and emerged against the rising Nazism in Germany, dates back to the 1930s in Europe. The Antifa group, which emerged in the USA after the 1980s, is known as ‘extremists’ who choose the way to achieve their political goals by direct actions rather than political reform and reconciliation. (AA)