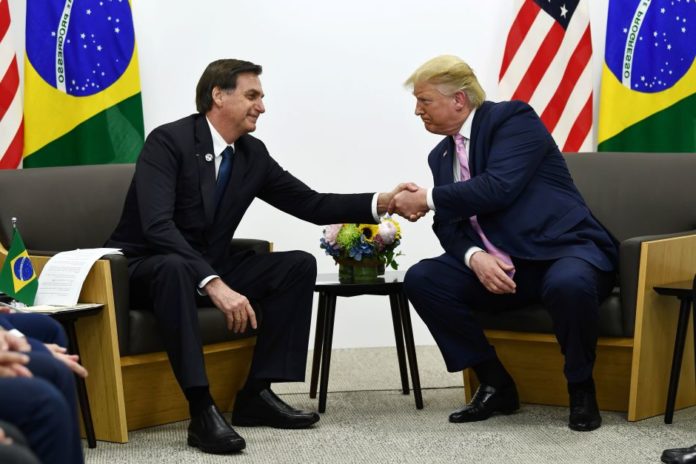 Trump has undergone testing for the coronavirus after meeting Bolsonaro in Florida. The result is expected to be released in the next few hours.

The President of the United States, Donald Trump, announced this Saturday at a press conference from the White House that he underwent tests for the coronavirus and that he hopes to have the results in the next few hours.

His decision comes a week after the US president had direct contact with the president of Brazil, Jair Bolsonaro, and some members of his government team at his private residence in Mar-a-Lago, in Florida. This week it has been known that the communications director of the Brazilian counterpart tested positive for the coronavirus.

After this situation became known, some South Florida politicians have undergone the tests and a period of self-isolation as a precautionary measure.

"We're going to have a good time tonight, everybody."

The mayor of the city of Miami, Francis Suárez, confirmed that he had been infected and that he was taking all possible precautions. In addition, he asked all those with whom he had contact to be isolated.

Other South Florida officials, such as the county mayor and other commissioners, also made the same decision and have been in isolation since the incident became known following President Bolsonaro’s visit.

Brazilian President Jair Bolsonaro has been tested for the novel #coronavirus.

Less than a week ago, he sat side-by-side with President Donald Trump at his Mar-a-Lago resort in Florida. https://t.co/LbGaa4bGMZ

The White House is expected to report the results of the coronavirus tests in the next few hours. Some media point out that Trump could have been infected since he had direct contact with several members of the Brazilian delegation.

The biosensor that alerts when it sees Covid-19!