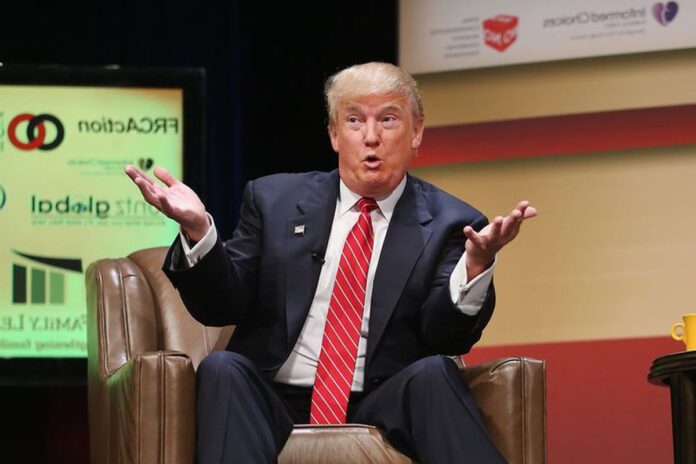 President Trump is meeting with Secretary of Justice William Barr behind closed doors today, as demonstrations protesting the violence inflicted by the police in many cities across America over the weekend during this period of the Corona epidemic.

The death of violent demonstrations, which led to confusion in many cities, from the capital Washington to Los Angeles on the west coast, caused the black George’s death when he was detained in Minneapolis, Minnesota, last Monday.

National Guard troops have been called in the capital of Washington and at least 15 states for violent acts.

The most comprehensive curfews since the Martin Luther King assassination

Civil rights advocate in many cities across America. Unprecedented curfews have been introduced since the social uprisings that erupted after Martin Luther King Jr. was assassinated in 1968.

During the recent events, protesters set fire to some places and vehicles around the White House, and many businesses, shops and shops were looted in New York and other major cities. George Floyd’s death in police custody is the last of similar incidents that black people have been exposed to in recent years.

Police violence and racism discussions fueled anger in America, which was deeply polarized in politics and race five months before the presidential elections on November 3rd.

Rapidly spreading video images on social media, on May 25, a white police officer in Minneapolis appears to press the knee of 46-year-old black George Floyd with a knee for about nine minutes.

President Donald Trump did not make any public announcements about the growing crisis, but shared many messages on Twitter.

Describing the protesters as “thugs” in his messages, Trump called on state governors and mayors of cities where protests took place “threatening” and threatened to deploy the American Army. However, National Security Adviser Robert O’Brien said Sunday that the Trump Administration will not yet take control of the National Guard troops.

President Trump will meet with state governors, police and national security officials after meeting with Justice Minister William Barr at the Oval Office. His opponents accuse Trump, who struggled to be re-elected in the presidential elections on November 3, by inciting racial tensions instead of bringing the country together.

The capital, Washington, and some cities partially resumed economic activities over the weekend, with loosening instructions for more than two months in the context of efforts to control the Corona pandemic.

Many states have called on National Guard troops to cope with the Corona pandemic, putting local budgets even more difficult in the short term, which is unlikely to get help from Congress. Especially in the city centers, many Americans still do not go out of their homes.

The protests spread to other countries, such as England and New Zealand, after numerous demonstrators of different backgrounds took to the streets in Portland, Boston, Chicago, Philadelphia, and the state of Oregon.

In the events that brought protesters and police confronted, hundreds of shops were windowed and buildings damaged. Neighboring St. Minneapolis Paul’s mayor told CNN Television that thousands of people gathered in the city yesterday held a peaceful demonstration. Peaceful protest actions were organized in other cities, which the police also supported.

The arrest of police officers Derek Chauvin on charges of “third degree murder” in force in only three states in the USA, Minnesota, Florida and Pennsylvania, could not help the alleviation of the protests flared by the calls of three other police officers involved.

Public health professionals and local officials are also concerned that protests have led to increased cases of Corona virus infection.

Binance Begins to Make Itself Feel in the DeFi World

Selena Gomez Breaks The Diet And Teaches You How This Make...

Mouth covers are now a fashion trend in the face of...