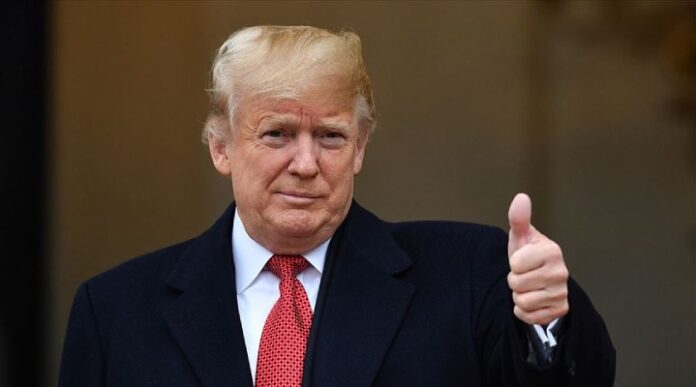 The President of the United States, Donald Trump, hinted on Tuesday that the 75-year-old protester seriously injured after being attacked by the police during the racial protests in Buffalo (New York) could be a “provocateur “of the anarchist movement Antifa.

“The Buffalo protester pushed by the police could be a provocateur for Antifa. Martin de Gugino, 75, was pushed after it appeared he was examining police communications to block his team,” Trump said on Twitter.

The assault on the man, who was seriously injured, was videotaped and went viral in the last week on social media and in the media.

Buffalo protester shoved by Police could be an ANTIFA provocateur. 75 year old Martin Gugino was pushed away after appearing to scan police communications in order to black out the equipment. @OANN I watched, he fell harder than was pushed. Was aiming scanner. Could be a set up?

The recording shows how two riot officers push Gugino, who approaches to speak to them and falls on his back, hitting his head on the ground. The man lay motionless on the sidewalk and bleeding from the ears.

In his tweet, Trump said he saw what happened on the far-right cable channel One America News Network (OANN): “@OANN I saw it, (the protester) fell harder than he was pushed.”

The president ended his message wondering if this could all be a montage.

As a result of that episode of police brutality, two officers have been suspended and were charged with second-degree assault on Saturday, after knocking the old man unconscious and on the ground in a pool of blood.

Trump has accused Antifa in recent days of being behind the organization of the riots that have shaken the largest cities in the country after the death of an African American at the hands of the police on May 25 in Minneapolis.

The Antifa is an anarchist movement that does not have a hierarchical structure or a defined program, and whose objectives range from the most radical anti-system struggle to the search for social justice, although the common goal of its supporters is to annul the groups fascists, racists, neo-Nazis and the extreme right.

A 75-year-old man was violently pushed to the ground by police during protests in Buffalo https://t.co/KWttewrKaP pic.twitter.com/I2G3S8ixcp

Just over a week ago, Trump announced that he would declare Antifa a terrorist organization, albeit in the U.S. There is no internal terrorism statute, and the government only has a list of international organizations and countries that it considers to be terrorists or that promote terrorism.