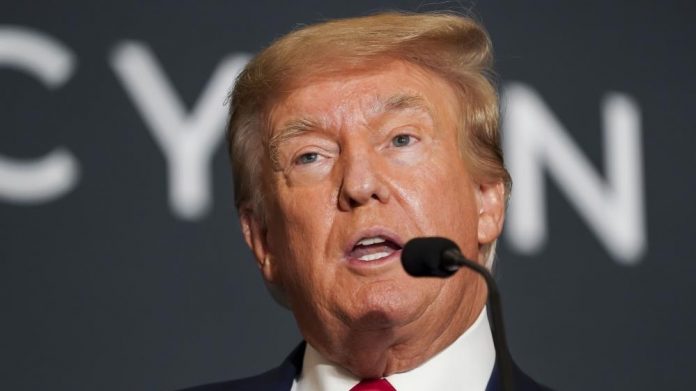 Former US President Donald Trump announced that the American Federal Bureau of Investigation (FBI) raided his home in the Mar-a-Lago area in the state of Florida.

“My house has been invaded by a large number of FBI agents,” Donald Trump said in a written statement.

In his statement, Trump said, “Such an attack can only happen in third world countries” and claimed that he wanted to prevent him from running in the presidential elections in 2024.

Stating that FBI agents came with a search warrant and opened the safe in the house, Trump said, “This raid is both unnecessary and not appropriate at all.”

Trump also stressed that to date, he has fully cooperated with all government departments in any investigation.

The former US President was not at his home in Florida at the time of the raid.

According to CNN Television, Trump was in the Trump Tower building in New York. Biden administration officials also said they had no prior knowledge of the raid.

The FBI and the US Department of Justice have not yet made a statement on the subject.

American media, on the other hand, reported that the raid was linked to Trump’s receipt of some classified documents when he left the White House in January last year.

Trump’s son, Eric Trump, said the US Department of Justice’s investigation was related to some documents taken away when his father left the White House in January 2021.

CBS Television also reported that the raid was carried out as part of an investigation into Trump’s use of certain official documents.

In February, the US National Archives requested the US Department of Justice to launch an investigation into this matter.

Presidents of the United States are required by law to send all letters, official documents and e-mail correspondence related to their duties to the Office of the National Archives during their term of office.

Trump allegedly tore up many documents from his presidency illegally.

The National Archives Office announced that some of the torn documents were pasted.

Trump, on the other hand, said, “This is fake news,” regarding the allegations of inappropriate use of official documents.

The American Congress is still investigating the attack on the Congress building on January 6, 2021.

Trump is the focus of the investigation.

It turned out that Trump watched the attack on television; Some former White House officials testifying at the House of Representatives-led committee said that Trump did not act despite his children and aides “begging him to intervene”.

Fed: We Have Unlimited Amount Of Cash

$ 7 billion waiting for the right moment in Bitcoins and...