Home News From Trump to Democrats: “Savages who does nothing ’ 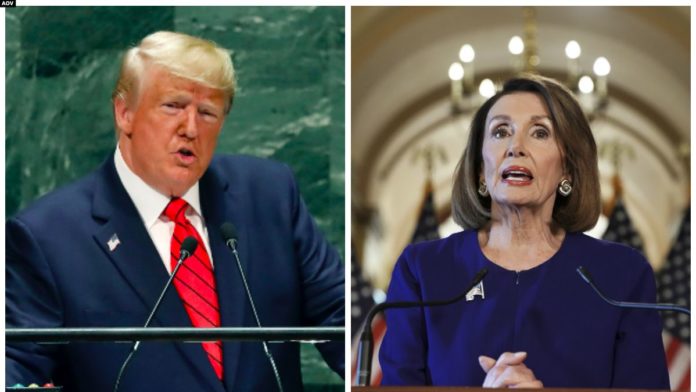 The US President continued his harsh statements against Democratic Party members via social media on Saturday. Describing the Democrats as savages who do nothing, Trump once again described the initiation of the dismissal process as presidential harassment..

Can you imagine if these Do Nothing Democrat Savages, people like Nadler, Schiff, AOC Plus 3, and many more, had a Republican Party who would have done to Obama what the Do Nothings are doing to me. Oh well, maybe next time!

Trump has announced that since the process of the dismissal investigation on Twitter began, $15 million in aid has been collected for the 2020 presidential campaign as soon as possible.

White House spokesman Kellyanne Conway, House of Representatives Speaker Nancy Pelosi, under the influence of the men around her changed her mind, and so that the worst thing a woman can do, he said. Conway also accused Pelosi of launching the process of dismissal for throwing out the phone records of Trump and the President of Ukraine before publicizing them.

The US CNN broadcaster, on the other hand, claimed that access to the transcripts of the White House’s talks with leaders such as Trump’s Russian leader Putin and Saudi Arabia’s King Mohammed Bin Salman.

On the other hand, ABC television reported that after the Ukrainian scandal, Trump administration made changes to the recording and hiding of talks with foreign leaders. Based on former intelligence officials, the report said talks would be recorded in secure systems that would not allow any leakage.

The Democratic Party front, on the other hand, seems confident in the evidence they have in the process of initiating the dismissal process.

The House of Representatives Intelligence Commission President Adam Schiff said he expected an intense two-week week, which will take place through hearings, review documents and hearings.

Finally, Foreign Minister Mike Pompeo was summoned by three separate committees to testify in the House of Representatives of the Ukrainian scandal.

Young Avengers movie may be in Kevin Feige’s plans

Kim So Hyun has confirmed her participation in a new drama...