Home Celebrity True Beauty, the secret side of the drama characters 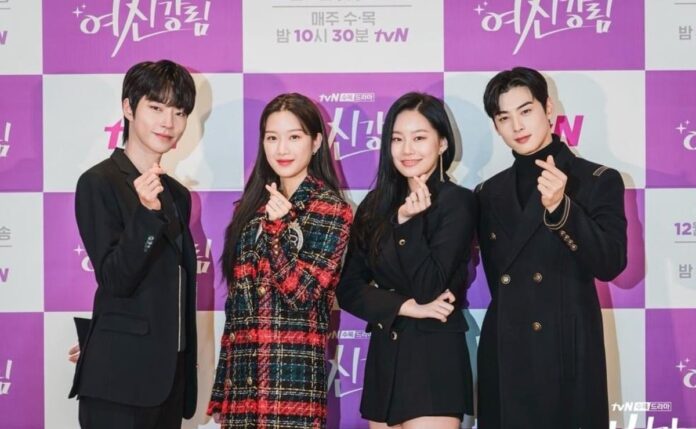 Korean drama ‘True Beauty’ captured international audiences for its love triangle and hilarious comedy scenes. The actors of the series shared secrets of the personality of their characters.

‘True Beauty’ was one of the most anticipated dramas of 2020, the story was based on the popular webtoon of the same name created by Kim Nayoung, better known by her artist name manhwa Yaongyi.

The series starring ASTRO’s Cha Eunwoo and Moon Ga Young was well received by fans, who waited patiently for the adaptation directed by Kim Sang Hyub.

The cast of ‘True Beauty’ held a relaxed chat with Viki, the actors had the mission of explaining the traits that make their characters so unique, as well as the characteristics that fans will be able to identify as the plot progresses.

THE TRUE PERSONALITY OF THE DRAMA TRUE BEAUTY CHARACTERS

Actress Moon Ga Young, who gave life to the protagonist Lim Ju Gyeong, defined her role as a shy girl who still does not fully heal the wounds that accused her of years of bullying, despite difficult moments, she will always show her brighter and more energetic side.

Hwang In Yeob said that the role of Han Seo Jun might seem like a person with an indomitable and rebellious soul, but deep down inside he keeps a warm heart, which makes it impossible to hate him. Owww!

Park Yoo Na played the villain of the K-drama ‘True Beauty’, an arrogant and beautiful student who took advantage of her visual to mistreat Lim Ju Gyeong, the actress mentioned that Kang Su Jin’s attitude hides various secrets that will come out. the light.

The 4 celebrities revealed that ‘True Beuty’ is an original drama that seamlessly blended school life, drama, sports, friendship, with a touch of comedy and horror. Additionally, Hwang In Yeob said that Lim Ju Gyeong is someone with a lot of aegyo.

Lim Ju Gyeong recognized Eunwoo’s acting work, she is a person who concentrates easily during filming and showed her professional side by immersing himself in her role quickly.

Do you already know the creator of the webtoon True Beauty ?, She knows the story of Kim Nayoung, besides being illustrated, she is a popular influencer who gained millions of followers for her great looks and charms.

Did Jennifer Aniston leave Brad Pitt because of alcohol?