Home Entertainment Triangle Strategy, Analysis. On The Shoulders Of The Legacy Of Quest 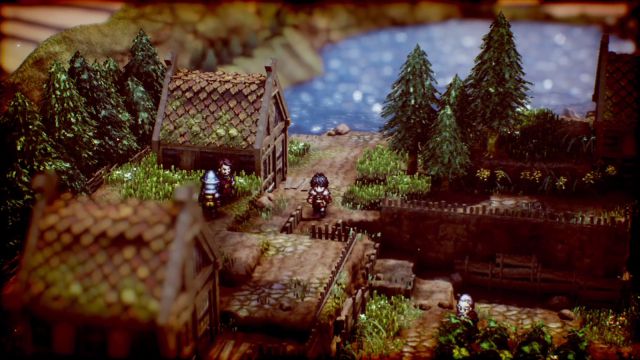 Triangle Strategy: Square Enix’s new bet picks up the legacy of Tactics Ogre and Final Fantasy Tactics that Yasumi Matsuno’s legendary studio left us, although it falls a little short in comparison.
Square Enix seems to have found a winning formula, at least in terms of aesthetics, when delving into its contemporary catalog and being able to offer modern titles but with a nostalgic air, that connect and connect us with its history and some of its most popular games. famous. Following in the footsteps of Octopath Traveler, in Triangle Strategy we find another nostalgic immersion on Switch, although this time with its sights set on the SRPG and two games that are an important part of the identity of both Square and Enix: Final Fantasy Tactics and Tactics Ogre.

We are talking about a very particular school of SRPG, titles little given to fireworks, tragic stories and somewhat demanding with tactics; with the positioning of the units, their movement and the decisions that are made on the battlefield, with dog-fighting in closed spaces where mistakes pay dearly. Such approaches are perfectly reflected in the new title produced by Tomoya Asano (Bravely Default, Octopath Traveller), in collaboration with the dean Tokyo studio Artdink and with the direct participation of those responsible for different versions of the Quest classics and Yasumi Matsuno .

The tragedy of war

The action takes place on the continent of Norselia, where three kingdoms accumulate a history of conflicts and devastating wars both due to their mutual commercial dependencies, and due to the endless spiral of grievances accumulated during the conflicts. After a particularly bloody conflict called the Ferrosaline War in which the entire continent was involved for many years, to the misery of the people, a period of peace begins in which the nations even seem willing to cooperate to achieve greater prosperity among all. As expected, it is nothing more than an illusion of what is to come.

The protagonist is Serinoa Wolffort, heir to one of the three great houses of the kingdom of Glaucoburg. His father achieved that position through impressive military exploits throughout his life, a difficult legacy for any young man to carry. As part of a political agreement, the House of Wolffort and the Archduchy of Frostforge, bitter enemies in the war, will create a common bond by marrying Serinoa to Lady Frederica, half-sister of the current Archduke Gustadolph. All in a climate of collaboration between the three kingdoms thanks to a project for the common exploitation of mineral deposits, which will be the first joint venture carried out by the three kingdoms in decades.

Explanation of the timeline of the MCU multiverse