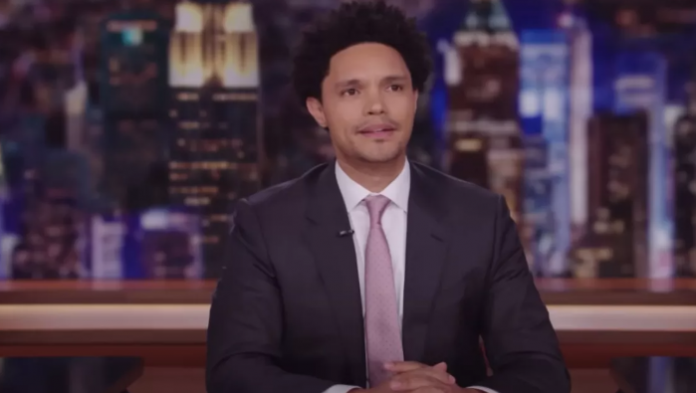 There has been another shake-up in the evening television department since Trevor Noah announced his departure from The Daily Show last week. Noah started hosting the show seven years ago after former host Jon Stewart left Comedy Central’s satirical news program. Noah’s hiring may have come as a surprise to many, but he has since become a staple of evening broadcasts, covering topics of politics and pop culture (such as the racist backlash against The Little Mermaid). Noah’s departure was certainly a shock, too, but according to a new report, those who were particularly stunned by the news were his colleagues on the show.

Trevor Noah’s announcement was kept secret, and frankly, it’s surprising that the news outlet didn’t break the news before the host was able to reveal it himself. While the latter is what ultimately happened, it appears that Noah’s decision to report the news to the airwaves came from left field, as many key people who worked on the show apparently weren’t aware. According to Deadline, the announcement of Noah’s departure was not orchestrated in the same way as the well-orchestrated departure of James Cordon from The Late Late Show, which was confirmed earlier this year. Cordon has a scheduled date for his last show, but details about Noah’s departure remain unclear. The publication also claims that the number of people who knew about Noah’s departure was clearly small.

Interestingly, the host reportedly told several people in the studio about his departure before breaking the news to many of his colleagues. However, apparently, the TV presenter believed that it was “necessary” to tell the participants of the show, since he wanted them to hear the news from him, and not from another source.

However, from an organizational point of view, this whole situation could create a burden on the producers, who may have wanted to have a clear schedule to start making plans for a potential successor to Trevor Noah. Another reason why all of this could have been unexpected is that it was reportedly indicated that Noah was going to stay on the show for at least another year. In particular, it was assumed that Noah extended his contract with Comedy Central earlier this year.

One really needs to wonder how the staff and Comedy Central as a whole will decide to deal with the departure of the host and his possible replacement, who will probably have their own way of doing things. The show changed after Jon Stewart’s departure to match the comedic sensibilities of his successor. So it’s not worth saying that major repairs may take place on the horizon. At the moment, the network has given no indication as to who might take over, but reports suggest that names have already been circled for the coveted role on the Daily Show.

Only time will tell how things are going with the multi-year news program. In the meantime, you can watch past episodes of Trevor Noah’s performance as the host of Comedy Central’s main product by streaming episodes of the show using a Paramount+ subscription.

God of War: Ragnarok, the Most Watched Trailer of The Past...