Home Entertainment Trevor Noah Explains What He Plans To Do After The End Of... 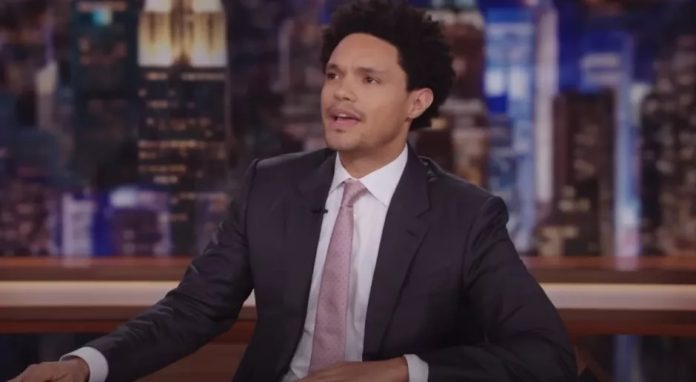 Just a few weeks ago, Trevor Noah shocked many when he announced that he was stepping down as host of The Daily Show after seven years. And after he reported the important news, people are likely to have a number of questions. To begin with, who will replace him as the host of a multi-year talk show? In addition to the uncertainties directly related to the series, there is also the question of what lies ahead for Noah. The political expert has now shed some light on what he plans to do when his term expires.

Trevor Noah announced his departure during the September 29 edition of The Daily Show. During the monologue, the presenter expressed gratitude for being able to hold this position for so long, and also reflected on many things he had experienced during his stay. At the time, Noah indicated that he couldn’t wait to try something new when his time on the show was over. He expanded on this during a recent appearance on The Tonight Show Starring Jimmy Fallon. Noah began by saying that he wanted to do “everything” before specifying his plans:

“I’m so happy to do everything. I haven’t traveled that much, performing stand-up [comedy] all over the world. be there for weeks on end. I would learn parts of the language, I would learn about the culture, I would make a show based on that. I’m going to get back to that. Producing, you know? Just working behind the camera. I’m working on different ideas, you know? Go back home, spend more time with your family in South Africa. That’s all I’m going to do.”

It seems that the 38-year-old comedian has already formed a number of goals for the future. Although his time on the Comedy Central talk show was not as long as that of his predecessors, one can understand why he was ready to leave. As he told Jimmy Fallon, “the show is complicated,” as it takes a lot of work and collaboration to get a program like his to air. In general, it seems that the outgoing presenter is looking forward to the next chapter and leaves on his own. (The last point seems to contradict what Megyn Kelly said about his departure.)

However, the important news of Trevor Noah allegedly stirred feathers behind the scenes. According to the report, only a few members of the crew knew that Noah was going to leave the show and announce it during the recording. And he allegedly told a group of people in the studio about his departure before even discussing the issue with a number of his colleagues. However, Noah’s comments about his future plans coincide with a recent report, as it was said that the star really wants to return to stand-up.

Meanwhile, Comedy Central has not yet announced who will take the place of the expert when he retires. But rumors suggest that The Daily Show has one potential candidate, and he is already participating in the program. Roy Wood Jr., who has worked as a correspondent on the series for the past seven years, is supposedly the frontrunner for the position. Although this is far from confirmed, Wood would be a logical choice. Hiring him would make sense, since he is definitely talented. In addition, hiring him will help maintain a sense of continuity from a creative point of view.

The last episode with Trevor Noah will air on Thursday, December 8, so fans still have time before the new era of the show begins. Noah seems ready to do some more interesting things with his team before he leaves, and hopefully this is a sign that he will end things on a high note.

The daily show airs on weekdays at 23:00. ET as part of the TV program for 2022, and you can also broadcast them on a Paramount+ subscription.