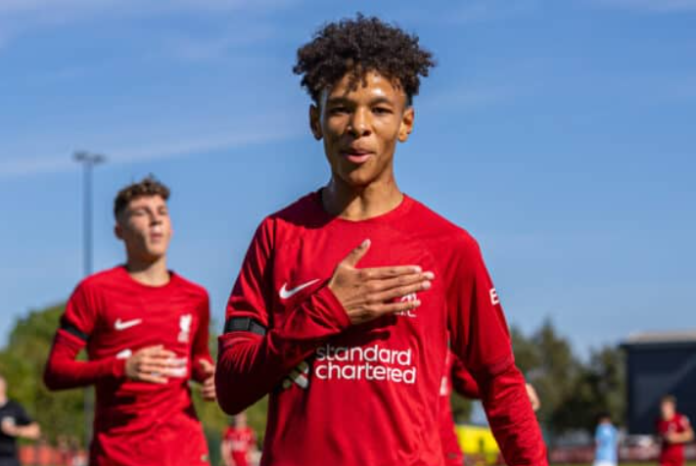 The debut goal of 16-year-old Trent Kone-Doherty helped the young Liverpool under-21s on their way to a 2-0 victory over Dinamo Zagreb on Wednesday night.

Since nine of his regular players played instead of the first team in the Carabao Cup, Barry Lutas was forced to experiment in the first match of the International Premier League Cup.

This gave a start to such players as Tommy Pilling, Ranel Young and Francis Gyimah from the under-18 team, as well as the debut of Irish winger Kone-Doherty, who moved from Derry City in the summer.

In the confrontation with the promising Dinamo Zagreb, Liverpool demonstrated a controlled game on the way to a 2-0 victory.

Lewis Koumas, the effective scorer who switched to the role of No. 9 this season, struck the home team in the third minute, perfectly punching a goal due to Young’s reduction.

The young Reds remained the dominant team throughout the first half, and Mateusz Musyalowski posed a real threat in his attacking position, but they could not increase their score.

That was until the 72nd minute, when Kone-Doherty picked up the ball and, after turning in the penalty area, scored a goal in his first match for the U21 team.

This brings the youngster’s tally to 10 goals and three assists in 16 games for the academy this campaign, on the night when his rookie buddy Ben Doak switched to the adult side.

There are high hopes for Kone-Doherty in the Liverpool back room, and the 16-year-old has passed a serious test on his U21 bow.

Then there will be another home game in the cup, this time against Paris Saint-Germain on January 11, and there will be no under-21 matches against Tottenham in the league until January 8.

The LOTR Dungeons & Dragons project belongs to a promising trend

Ryan Johnson is “proud” of “Star Wars: The Last Jedi” even...