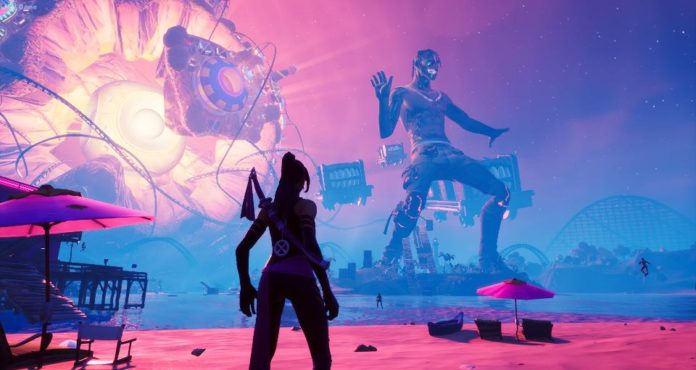 More than 12.3 million viewers participated in the Astronomical event held last night in Fortnite and featuring Travis Scott. The statement was made from Fortnite’s official Twitter account.

Fortnite, which was published 3 years ago and turned the statistics upside down in the game world, is still being played by millions of people even though it is not as popular today. We have seen the incredible change that Fortnite has undergone in recent months. The game has now become a huge platform as well as being a Battle Royale game.

Epic Games, which has managed to turn Fortnite into a performance platform, continues to progress on this path. The game, where the live Marshmello concert and Star Wars: Rise of Skywalker was previously performed, hosted the famous rap artist Travis Scott last night.

The concert was watched by 12.3 million people:
Fortnite, which managed to set records in its own concerts, set another record yesterday. The number of players who watched the Travis Scott concert in the game exceeded 12.3 million, according to Twitter posts by Fortnite during the concert.

Travis Scott’s “Astronomical” concert last night lasted only 10 minutes, participating in Fortnite’s Stars Series. During the concert; He traveled in themes suitable for each track and episode, and watched amazing images reflecting every rhythm in the song.

During the Astronomical event, you can have event-themed outfits and many items for free, and you can get more items by doing the tasks given. If you want to learn how one of his astronomical concerts looks like, you can watch the video below.