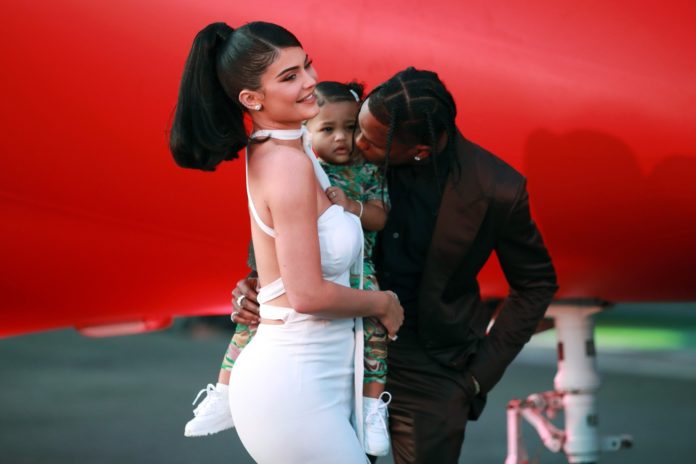 Travis Scott worried about Stormi and Kylie Jenner due to COVID-19. Celebrities are not spared from the worry caused by an emergency like this either.

With COVID-19 around the world, it is not surprising that countries have begun to take increasingly stringent prevention and control measures . The same is true for people who have seen the number of cases detected around them gradually increase.

No one is saved from this situation , even the productions in Hollywood have been affected to prevent contagion, therefore, the concern among celebs is also beginning to unleash. Travis Scott is one of those who has kept in constant contact with his family due to his concern for their well-being.

Faced with a situation such as the one currently experienced, a source close to Stormi’s father has said that even if he knows that Kylie is capable of taking care of herself and her daughter, it is impossible for him not to feel curious and responsible for the well-being of both.

Despite their separation from Kylie, Travis has remained very close to the Kardashian family , as the couple is aware that Stormi needs her two parents living in a relationship of respect to grow properly. Of course, in the face of the health emergency caused by the COVID-19, Travis has tried everything to stay on the lookout for the girls’ well-being even more than he already did.

Fortnite: Ninja has a rant against the famous game!

Some curiosities you may not know about David Caruso