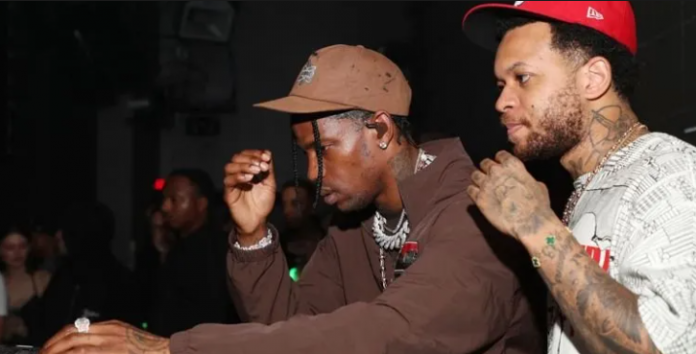 Megan Thee Stallion outshone everyone at TwitchCon, and Travis Scott appeared at the FaZe Clan afterparty.

In the Megan Thee Stallion set at TwitchCon, the rapper fought with Master Chief, a video game character from the popular Halo series. This is the second time this year that the rapper twerks with a big green creature after her appearance on She-Hulk earlier this year.

This year, TwitchCon returned in person for the first time since 2019. It started on Friday and lasted until Sunday, with lots of celebrations and oddities throughout the 72-hour event. On Friday night, FaZe Clan hosted an invitation-only event featuring some of the biggest names in gaming at the PARQ Nightclub in San Diego, California. In a show called “RGB: Night on the Moon,” Travis Scott unexpectedly performed at a space event.

“This weekend’s event embodies the future that FaZe is building towards,” says Lee Trink, CEO of FaZe Clan. “We are not competitors to other creators and gamers. We support these creators and together we are changing the world of entertainment. FaZe brings together this new generation of talent that still goes unnoticed by the major players, but still remains the most important for Generation Z. We are leading the way in creating our common future.”

Travis Scott’s performances mostly took place at modest events, such as nightclubs in the USA. His first return to the big stage as a headliner will take place later this month in South America at Primavera Sound festivals in several cities on the continent, including Sao Paulo, Buenos Aires and Santiago.

Although the news about Travis Scott’s performance at the FaZe Clan party was supposed to be a surprise, he noted that Twitch Streamer xQc accidentally leaked information during a live broadcast. The streamer—real name Felix Lengyel—was discussing which afterparties he was planning to attend when he mentioned Scott’s appearance as a reason to attend the FaZe Clan celebration. When the streamer was faced with the fact that the news was not public, the streamer said: “I heard about it through rumors and just thought it was common knowledge.”