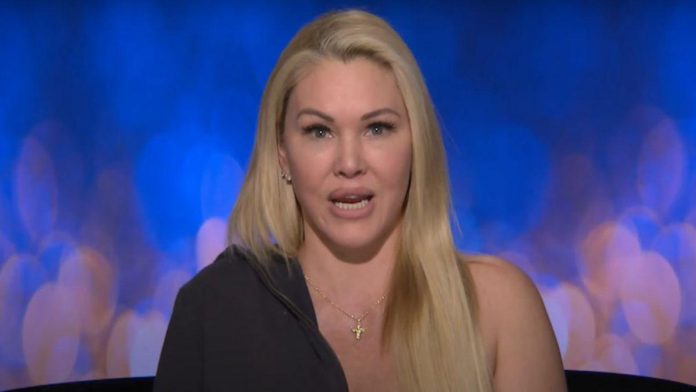 While her ex-husband Travis Barker is enjoying married life with Kourtney Kardashian, Shanna Moakler has been involved in her own relationship. The reality TV veteran has been dating Matthew Rondo from time to time since 2020. These two seem to have experienced their ups and downs, but still seem to be strong. While Moakler made headlines last year for blaming Kardashian and the company. Having “destroyed” her family, Rondo now finds himself embroiled in a more serious situation. The model has been accused of domestic violence in connection with the Moakler incident, and both are speaking out about it.

Matthew Rondo was arrested for serious domestic violence back in February after he and Shanna Moakler got into a fight in their home. The incident occurred shortly after Rondo began an alarming and expletive-filled tirade during which he accused his girlfriend of cheating. (This ordeal was also captured on video.) Most recently, TMZ obtained legal documents confirming that Rondo was officially charged with domestic violence, battery and vandalism. Moakler first stated that she and her boyfriend broke up after the fight, but now says she intends to support her man:

I am not pressing charges, I hope that the city prosecutor will respect my wishes and also drop everything. I will support Matthew 100%. It has disrupted our lives enough. We both learned from this experience that we never wanted to be public, and we would like to move forward in a positive and peaceful manner.

It is noteworthy that Shanna Moakler broke up with the 30-year-old model around August 2021. He confirmed the news himself, saying it was “disappointing” that nothing had worked out between the two of them. But by October of that year, he and Moakler seemed to be together again, judging by a post from his Instagram stories in which they showed them relaxing on a yacht.

Matthew Rondo did not mince words when he spoke about the accusations he is currently facing. Breaking the silence, he criticized the “narrative” that has developed around him and appealed to why public opinion about him is currently incorrect:

I didn’t even speak or comment because I am so saddened and outraged by the way the media portrays me. I pray that the City of Los Angeles will allow me to show them that they made the right choice by dropping all charges against me. I am a wonderful person, an amazing son and a very respectable and loving partner.

This is not the only time Matthew Rondo has appeared in the news because of allegedly aggressive behavior or expressions of jealousy. Earlier this year, he didn’t seem happy with Shanna Moakler’s friendship with Lamar Odom on Celebrity Big Brother. However, when Moakler discussed her boyfriend during BB’s weekend interview with CinemaBlend, she said they were in a “good place.”

At the moment, it’s still anyone’s guess what will continue from this situation, and given the unpredictable nature of their relationship, some may also wonder if the two will continue to support each other. Although we can’t give a definitive answer on this, at the moment Shanna Moakler seems to be doing her best to keep everything together.

The Boys are taking a hit at Warner Bros over the...

Ozzy Osbourne faces a “very serious operation” that could “determine his...