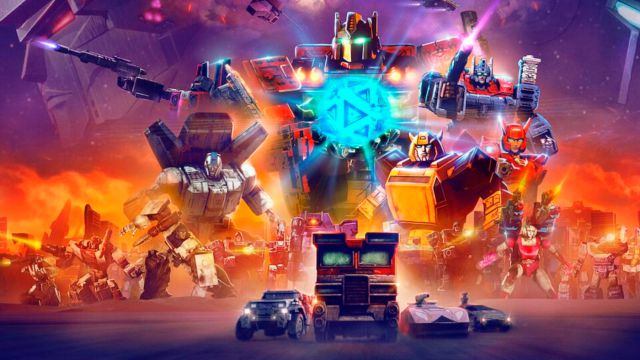 Transformers: War for Cybertron: The trilogy in the form of animated miniseries based on the eternal struggle between the Autobots and Decepticons comes to an end with its last six chapters. Transformers: War for Cybertron – Kingdom, the third part of the trilogy in the form of an animated limited series based on the famous Transformers franchise, already has a release date on Netflix. This has been announced by the popular streaming platform, presenting a spectacular trailer that you can see leading this news and that also serves to confirm that it will be available on July 29, in less than a month.

Thus, the eternal confrontation between Autobots and Decepticons comes to an end in this episode called Kingdom, made up of a total of six chapters, available this July 29. And it is that after the events of Siege and Dawn of the Earth, the final clash between both groups of galactic robots will be conditioned by the arrival of two new factions: the Maximals, who support the Autobots, and the Predacons, possessors of an ancient artifact that gives Meatron an advantage over Optimus Prime.

“The Autobots must join the Maximals to take on the Decepticons. These, in turn, have allied with the Predacons to search for the Vital Spark. But the Predacons control the golden disc, a mysterious artifact that has a personal connection to Megatron and gives her an advantage over his enemy, Optimus Prime. Which side will win the final battle that will decide the future of Cybertron? ”, We can read in its official synopsis.

The animated trilogy of Transformers: War for Cybertron premiered in the summer of 2020, a first part that gave way a few months later to its second batch of chapters. Now, the series led by showrunner F.J. DeSanto (with scripts by George Krstic, Gavin Hignight and Brandon Easton) will face its final leg later this month.

Watch how Pixar’s Lightyear turned into a PlayStation 1 game in...

Psychonauts 2 Already Has A Release Date; New Trailer At E3...