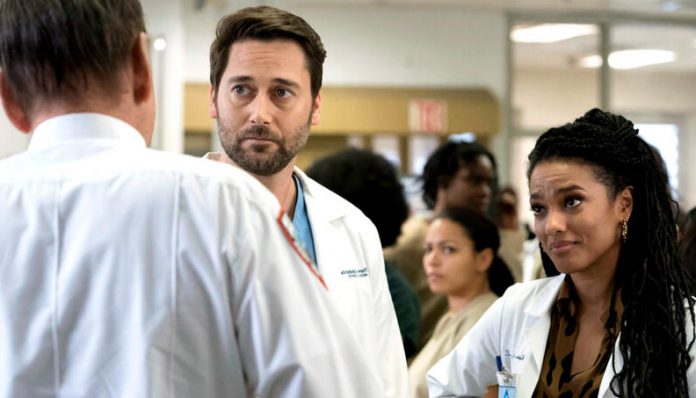 The premiere of the next season of NBC’s New Amsterdam already has a release date. It will be next Tuesday, March 2, when one of the most anticipated medical dramas of the year hits the screens again.

And like any premiere, the one in New Amsterdam is loaded with surprises, tears, romance and a lot of tension. And it is that as it could be verified in the trailer, one of the doctors who stars in this story will be in serious danger.

Since New Amsterdam is a program on medicine it was inevitable that the pandemic would be addressed, so surely the doctor who is in danger could be suffering from this difficult disease.

This is Kapoor, who appears in the promotional trailer of season 3 of New Amsterdam bedridden, while Max discusses with concern with another doctor a possible damage to his heart function.

Another blow to the heart for Max is the close relationship between Helen and Shin, who he sees dancing romantically, despite the hints of reconciliation that hoped fans on season 2 of New Amsterdam.

There are some sparks between Shin and Helen, much more after they had their first date. Despite this, it is known that the magic between Helen and Max has not ended. It is she to whom Max confides his most intimate wishes and the doctor is always there to support him.

See Also
Showrunner, season 3 won't be easy for any character