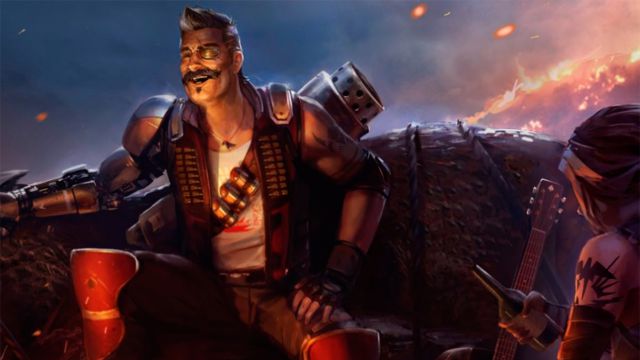 Jon Bailey, voice of the Honest Trailers, narrates the action of this new and crazy trailer of the new Havoc Season with Fuse as the main protagonist.

In just a week, Season 8 of Apex Legends known as Havoc will start. And if a few days ago Respawn Entertainment and EA presented the launch trailer with all the news of Season 8, now they return to the fray with a tremendous gameplay trailer starring Fuse and made in the purest style of the action movies of the 80s. You can enjoy the trailer right at the beginning of this news.

Thus, and thanks to this new trailer, we can witness all the gameplay developments of this new Season through a razed Canyon of the Kings and all the details of the new Season Pass. All this narrated by Jon Bailey, voice of the popular Honest Trailers videos, who imprints his personality in an epic 80s-style action.

And it is that with a scenario greatly changed by the collision of the ship, the new Kings Canyon will offer new areas of shootouts, other narrower areas and numerous places of appearance of weapons, with which the frenzy will rise several integers. To all this we must add the new 30-30 lever-action repeating rifle along with the desired gold magazines.

“This season, the Canyon of Kings gets a taste of the havoc that Fuse wreaks as the massive battleship it shot down en route to the Apex Games completely obliterated areas, expanding the playing field of this iconic map. Luckily, the Green Cleanup and Damage Scoping team (known as ECHO) has begun the cleanup work, making the site capable of hosting countless explosive duels. ECHO’s tents and observation towers also bring an unprecedented level of verticality to this iconic map ”, comment those responsible.

Season 8 of Apex Legends will begin on February 2 on PC, PS4, Xbox One, PS5 and Xbox Series X | S, although at the moment no release date has been confirmed for the Nintendo Switch version, which could arrive very soon according to the latest leaks.

Google makes it harder for Android apps to spy

Microsoft CEO Sells Half Of His Shares In The Company