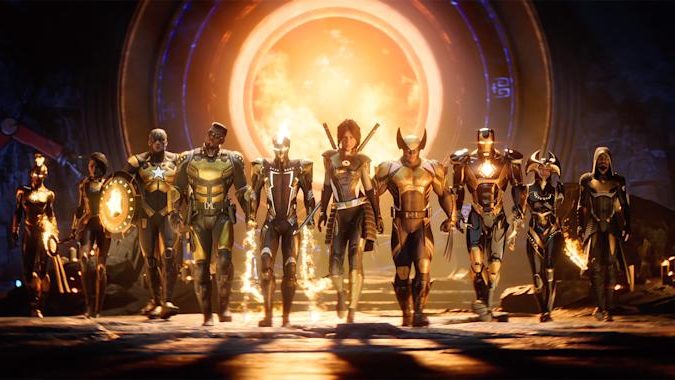 The promotional trailer of a new game in the Marvel universe came to the screen at the Gamescom 2021 event. The production, which has the name Marvel Midnight Suns, includes most characters in the universe. At the end of the video, which generally has cinematic transitions, the date of the gameplay video appeared. In the trailer, which will come on September 1, we will be able to get an idea about more details from within the game.

Marvel Midnight Suns is scheduled for release in March 2022

As we mentioned above, the trailer, which did not promise much in terms of gameplay, had more cinematic transitions. In the video, we saw Iron Man, Wolverine, Captain America, Ghost Rider, Blade and many more characters from the Marvel universe. We can say that they did a pretty good job on character models. The production also has an eye-pleasing coating detail.

Explosion effects arising from the abilities of the characters are also very pleasing to the eye. In addition, as we can see from the trailer, the very popular characters of the Marvel universe will be here. This will increase the level of pleasure that the players get from the production to the upper limits.

The game has a tactical RPG structure

When we look at the trailer of the game, we see that the Marvel characters are in a fight against the villains with the Midnight Suns team. The RPG structure is also dominant in the production, where each character tries to defeat the opponent by using their unique powers. So judging from here, the game will have a story. One of the main elements of the story will be defeating Lilith, one of the mothers of demons.

Firaxis Games is sitting in the developer seat of Marvel Midnight Suns. This studio had previously made a name for itself with the game called XCOM. On the publisher side of the production, there are 2K Games, which we know from NBA games.

How did you find Marvel Midnight Suns? What are your expectations from the game? Did you like the shared trailer video? Do not forget to share your ideas with us in the comments section.

TikTok improves its features to protect the youngest