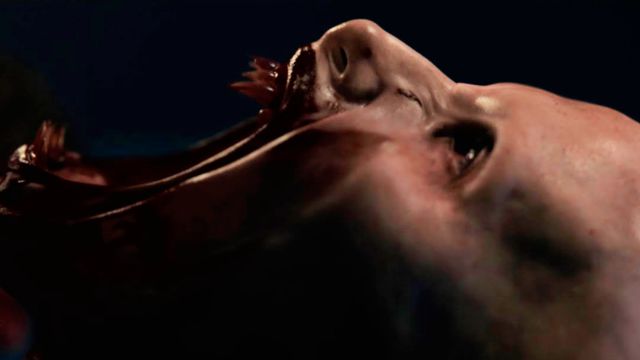 Blood Red Sky: Netflix’s new horror movie takes us on a transatlantic commercial flight in which a sick passenger confronts terrorists. Blood Red Sky is Netflix’s new horror thriller, a German production that deals with the universe of vampirism from a prism that is as surprising as it is disturbing. Directed by Peter Thorwarth for the popular streaming platform, the film tells the story of a mother with a strange blood disease who faces a group of terrorists who are trying to hijack the plane in which she is traveling. Soon the situation will turn into a nightmare of violence and blood at 10,000 meters above sea level. This is how Netflix has presented it through a promising trailer that you can see leading this news.

Premiere on Netflix on July 23

“A woman with a mysterious blood disease is forced into action when a group of terrorists hijack a night transatlantic flight. In order to protect her son from her, she will have to reveal her dark secret and unleash the inner monster that she has always tried to hide ”, we can read in her official synopsis.

Let us remember that this same month of July Netflix premieres another work belonging to the horror genre with the anthology La Calle del Terror, a trilogy of films that tell us a story connected to each other over three different eras; the premieres of each of these three films are set for July 2, 9 and 16.

Xiaomi and Oppo want to produce their own processors