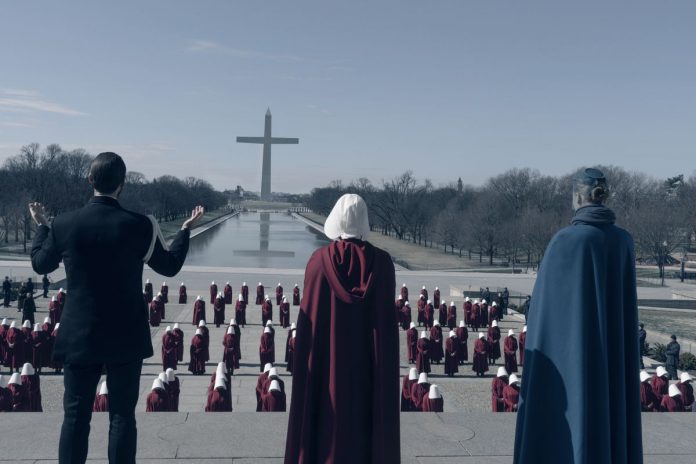 Hulu’s popular dystopian show, The Handmaid’s Tale, is finally set to return with its season 4. But what about June?

Recall that season 3 of The Handmaid’s Tale ended with June (Elisabeth Moss) bleeding, but the recent trailer has shown that she will not succumb.

Earlier this year, actress Elisabeth Moss herself made it clear that June will definitely not succumb to the injuries she sustained while she organized the airlift of the children out of Gilead.

“It’s funny, because sometimes people say to me: ‘How does she keep her alive? She has committed the worst atrocities of any of the maids and yet, somehow, she has survived, “Moss said.

Now, the Hulu platform has confirmed that the premiere date will be next Wednesday, April 28, so it has also revealed the first trailer of it. Look it here.

Let’s not forget that the show began filming the fourth season in early 2020, but had to stop due to the pandemic, which has therefore delayed the season by a year, but at least we already have a premiere date.

At least we know that June managed to save herself from the gunshot wound that she received in the end of season 3 of The Handmaid’s Tale, we just have to wait patiently for the outcome of it.

Kim Kardashian: Chicago is already singing like a pro, the adorable...

Kourtney Kardashian will pay homage to the movie Romy!