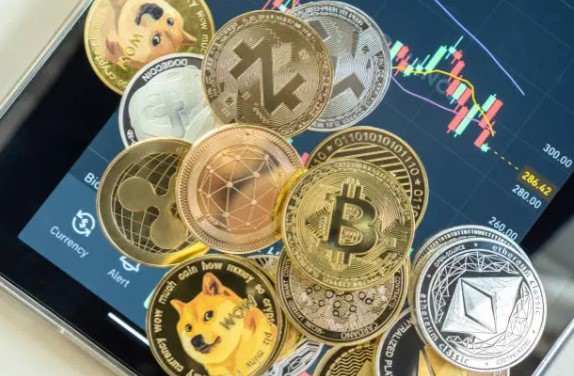 On May 17, US Federal Reserve (Fed) Chairman Jerome Powell said in a statement that 50 basis point rate hikes will continue until inflation is under control. Powell’s emphasis on a hawkish policy suggests that monetary conditions will remain tight in 2022. It shows that this may limit the uptrend for major cryptocurrencies such as Bitcoin (BTC), Cardano (ADA) and Dogecoin (DOGE), which are also called risky assets.

Will major altcoins like BTC, ADA, and DOGE continue their downtrend?

Glassnode said that historically, Bitcoin (BTC) has bottomed out when it falls below its realized value. However, during the previous bear cycles, excluding the 2019-2020 bear market, the price of Bitcoin remained below the price range of 114 to 299 days. This suggests that a rapid recovery is unlikely unless the macro conditions are positive.

While the current drop in the US stock markets and Bitcoin bears similarities to the March 2020 crash, the recovery may not follow the same trajectory as market conditions are different. In 2020, the Fed supported markets with unprecedented stimulus, but in 2022 it will continue to focus on curbing inflation and monetary tightening. Can major altcoins like BTC, ADA, and DOGE continue their downtrend or will lower lows attract buying? As Kriptokoin.com, we convey analyst views and price analyzes for BTC, ADA, DOGE and these 7 altcoins.

What awaits BTC, AVAX, DOGE and these 7 altcoins this week?

Bitcoin’s recovery failed to break above the 38.2% Fibonacci retracement level at $31,721, suggesting that the trend remains negative and investors are selling on minor rallies. BTC could decline to critical support at $28,630. If the price bounces back from this level, the pair could consolidate for some time between $28,630 and $31,721. A break and close above the 20-day exponential moving average (EMA) ($32,979) will be the first sign of a potential change in trend. The pair could then rally to the 61.8% retracement level at $34,823. On the other hand, if the price dips below $28,630, the bears will try to consolidate their position by pulling the pair below $26,700. If this happens, the negative momentum could increase and the pair could drop to $25,000 and later to $21,800.

Looking at Ethereum, its failure to break above the overhead resistance at $2,159 may have encouraged short-term investors to take profits. This brought the price below $1,940 but the bulls are trying to defend the level. If the price recovers strongly from $1,940, ETH could rise to $2,159 again. The bulls will have to push and sustain the price above $2,159 to clear the way for a rally to the 20-day EMA ($2,353). A break and close above this resistance will show the markets rejecting the lower levels. Conversely, if the bears hold the price below $1,940, the pair could decline to the critical $1,700 support. This is an important level to watch out for, as a break below it could cause panic selling. The pair could later decline to $1,500 and later to $1,300.

The bulls failed to push BNB above the overhead resistance of $320. This shows that the bears are not giving up and continue to sell at higher levels. If the price dips below $290, the BNB/USDT pair could drop to $265. This level is likely to act as a strong support, but if the bears pull the price below, the next stop could be the critical $211 level. The bears will have to break this level to signal the start of the next leg of the downtrend. Alternatively, if the price bounces back from $265, it will indicate that the bulls are attempting to form a bottom. This can keep the pair between $320 and $265 for a few days. A break and close above $320 might suggest that the pair may have bottomed out.

Ripple (XRP) recovery failed to continue above $0.45 which indicates a lack of demand at higher levels. The bears will now try to push the price below the critical support zone between $0.40 and $0.38. If they do, XRP could drop to $0.33. This is an important level to watch out for, as a break and close below it could signal a resumption of a downtrend. XRP could then dive to the next support at $0.24. On the other hand, if the price rises above $0.38 or $0.33, the bulls will again attempt to push the pair above $0.45. If they are successful, the pair could rally to the stiff overhead resistance zone of $0.50 to $0.55. The bulls will have to clear this hurdle to suggest that the downtrend may be coming to an end.

Cardano (ADA) has been stuck in a tight range between $0.61 and $0.51 for the past few days. This indicates a tough battle between the bulls and the bears. If the price dips below $0.51, ADA could slide into the support zone between $0.46 and $0.40. Bulls can establish a strong defense in this area. If the price recovers from this zone, buyers will try to push the pair above the 20-day EMA. If they are successful, the pair could rally to $0.74. Conversely, if the price dips below $0.40, selling could pick up momentum and the pair could extend its decline to $0.33 and then $0.28.

Solana (SOL) is facing strong resistance near the 38.2 percent Fibonacci retracement level at $59, suggesting that sentiment remains negative and bears are selling on minor rallies. If the price breaks below the psychological level of $50, the pair could drop to $43 and later to $37. The bulls are likely to defend this level with all their might because if the support leads, the downtrend could continue. The next stop on the downside could be $32. Alternatively, if the price rises from the current level and rises above $59, the SOL could rise to the overhead resistance zone between the 20-day EMA ($67) and $75. A break and close above this zone may suggest the end of the downtrend.

Dogecoin (DOGE) continues to trade below the $0.10 breakout level. Overall, sharp declines are followed by consolidations as bulls and bears battle for supremacy. Failure of the bulls to push the price above $0.10 could attract another round of selling by the bears, which will attempt to resume the downtrend. If the price dips below $0.08, the DOGE could decline to $0.06. If this support is broken, the decline can extend to the next support at $0.04. On the contrary, if DOGE price rebounds from $0.08, it could rally to $0.10 and be stuck in this range for a few days. The bulls will have to push and sustain the price above the 20-day EMA ($0.10) to show that the downside momentum may weaken.

Looking at Polkadot (DOT), the bulls defended the $10.37 support on May 17, but the shallow recovery pointed to a lack of demand at higher levels. The bears resumed their sell-off on May 18, pushing the price below $10.37. Polkadot (DOT) could now drop to $8. Buyers are expected to aggressively defend the zone between $8 and $7.30. If the price rebounds from this area, DOT could attempt a relief rally again. The recovery could gain momentum on a break above the 20-day EMA ($12.53). Alternatively, if the bears sink the price below $7.30, selling could accelerate and the pair could signal a resumption of the downtrend. The pair could later decline towards psychological support at $5.

Buyers failed to push Avalanche (AVAX) above the immediate resistance at $38. This indicates that demand is drying up at higher levels. The bears will now try to push the price below the critical support at $29. If successful, AVAX could retest the intraday low of May 12 at $23.51. A break and close below this level could open the doors for more declines to $20 and then to $18. Contrary to this assumption, if the price recovers from $29, the bulls will try to push the price above $38 again. If this happens, the relief rally could reach the 20-day EMA ($45). Bears can again pose a strong challenge at this level.

Investment Expert: Not Bitcoin, These 3 Altcoins Are Ready to Explode!