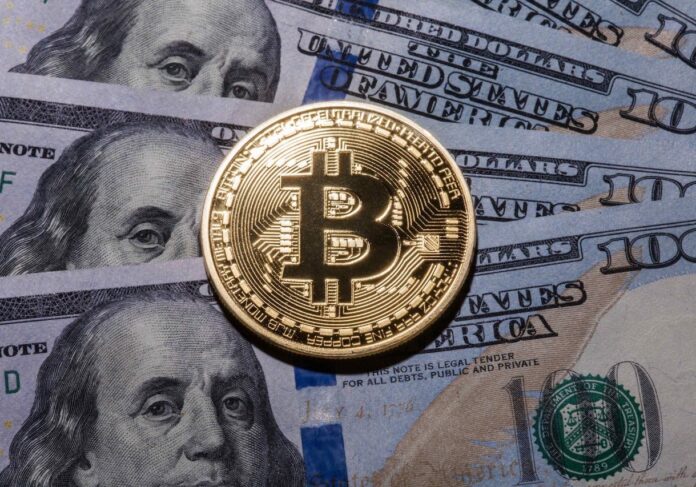 Since October last year, controversy over whether Bitcoin and other cryptocurrencies are safe harbors or risky, speculative assets has increased drastically. Indeed, the stress test of the coronavirus crisis made this clear.

Bitcoin has been in sync with the S&P 500 for the past two months, and the fact that it’s a risky asset has been pushed aside. Gold, which is generally seen as a safe haven, also gained value, but this situation of gold was considered as a response to falling interest rates, large liquidity injections from the Fed and other central banks and monetary expansion.

Fed’s Liquidity Injections Increase Volume in Bitcoin Futures
The improvement in Bitcoin came with the Fed’s excessively generous liquidity injections, and the alarming development came when the interest in Bitcoin futures (up to three times last year’s average) boomed.

This suggests that Bitcoin is at risk of becoming a speculative game in the markets (several major hedge funds have entered the Bitcoin market) and a correction risk in case of appetite changes. Bitcoin also tends to move in sync with equity. For example, the historical peak seen in December 2017 took place before the weakness in Özkaynka.

Bitcoin Is Not Like Gold
The general opinion in the cryptocurrency community is that Bitcoin and other cryptocurrencies are a “safe haven” for people such as gold. Recent market movements show that this is not the case.

When looking at cryptocurrencies as assets, very basic data analysis shows that Bitcoin has a low correlation with secure ports like gold. This does not mean that Bitcoin is a good diversifier or safe haven. It has been quite variable over the past two years and faced trade and liquidity risks that are not normally associated with safe ports.

Another clue about the true nature of cryptocurrencies as investable assets comes from the community of people who hold them and trade. The microstructure of the markets (like a pool), as well as the anthropology, sociology (such as being a subject of a future miracle) and behavior patterns of those who fill this pool are very important for risk factors.

The current increase in bitcoin futures trade coincides with the huge increase in trade in retail traders who started trading on calls and the trading platform Robinhood.

Big Bang in Bitcoin Futures
No doubt scientific or comprehensive, I suspect that many Bitcoin traders are also trading in stock futures, trading currencies, and using the same stock trading rules (technical) to buy and sell Bitcoin. If this generalization is valid, it suggests that risk budgeting can provide a positive correlation between cryptocurrencies and equity, especially at high and low levels of the market.

Another observation is that the cryptocurrency market is not remarkable enough to attract money at high levels in terms of size (considerably lower than the JPMorgan total market value of the top ten cryptocurrencies). This points to the availability of Bitcoin, which has a pro-cyclical bias in terms of being risky as a trading asset.

Structurally, the coronavirus crisis can cause people to show more interest in cryptocurrencies (especially given how the crisis underlines the role of the digital economy and how higher taxes should be paid for incentive programs implemented). However, the discussions surrounding Facebook’s Libra project are a sign of the operational and regulatory complexities facing cryptocurrencies. Even stronger is that central banks and financial authorities around the world think that Bitcoin cannot be successful. An example is the ban on cryptocurrency exchanges, by the Chinese who strictly control money flows.

Herd Madness
The next step for the cryptocurrency or digital currency and digital payment industry will be for central banks to issue their own cryptocurrencies. Broader regulations, clearer cross-border payment processes and more reliable identification mechanisms will be part of the workload of central banks and governments.

In the short term, it is necessary to pay attention to the growing speculators in the Bitcoin market. Because financial history says this; The end of work always ends badly when new beings attract crowds.