Huawei is preparing to expand its Nova family with the Nova 8 series. Although no concrete details about the new series have emerged so far, the first leaks show that there will be four different options in the series. According to the records of China’s telecommunications certification board TENAA; All phones with model numbers HJC-AN00, HJC-TN00, JSC-AN00 and JSC-TN00 will come with 5G support.

Looking at the model numbers, it seems likely that Huawei will only offer the Nova 8 and Nova 8 Pro models in the first place. However, the Chinese manufacturer seems to have an approach to continually introduce new options in the Nova family.

However, the news about the Nova 8 series is not limited to this. According to another rumor, MediaTek’s Dimensity processors will be used in all members of the Nova 8 series. It is stated that Dimensity 820 will be found in the standard version, and the Pro version can come with Dimensity 1000+. 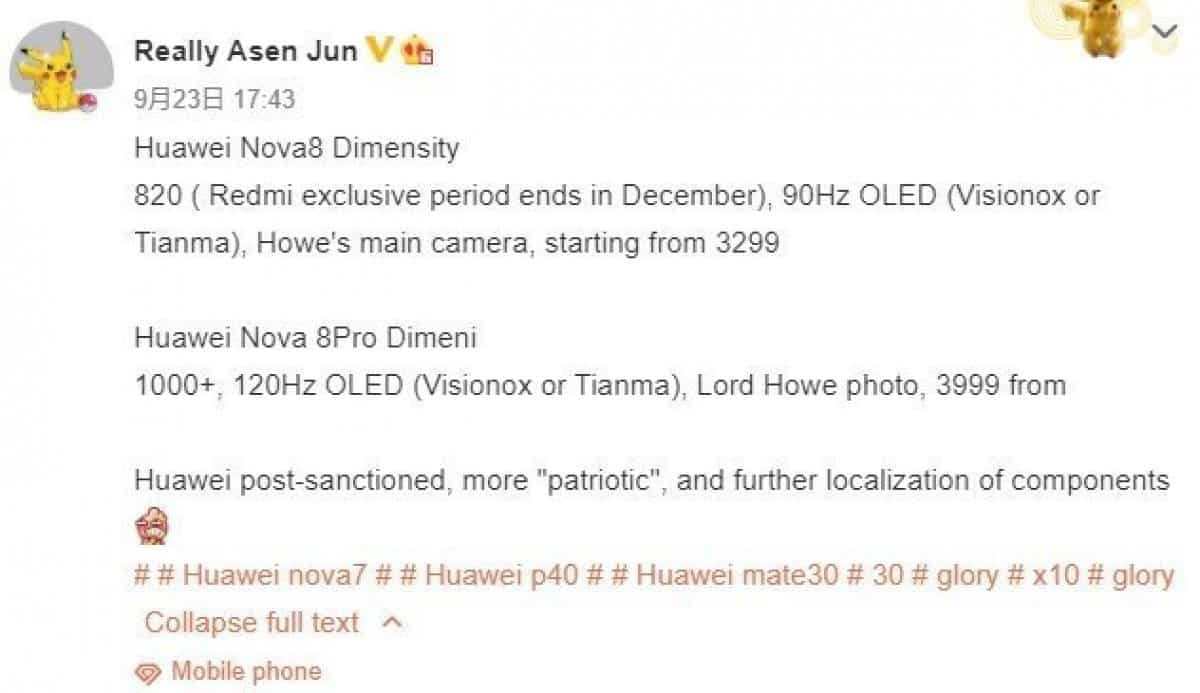 Facebook agreed with Apple! Step back to App Store fees

JUNGKOOK AND ARIANA GRANDE IN A DOCUMENTARY? THIS IS WHAT WE...

Amazfit Neo introduced! Here are the features and price

Android may not work on phones with low RAM