Home News Toyota President: Selling Cars Is Not That Easy 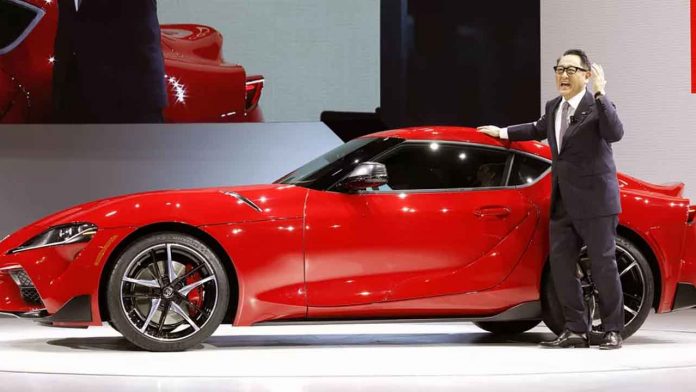 Toyota President Akio Toyoda made statements about Apple’s automobile project. Stating that every new venture in the industry makes him happy, Toyoda made a very important warning to Apple. According to Toyoda, getting into the auto industry and selling cars is not that easy.

After dozens of claims made, a new statement was made about Apple’s automobile project, which was revealed to be meeting with Kia Motors. In the statements made by Akio Toyoda, who is serving as the president of Toyota, one of the biggest names in the industry, it was warned that entering the automobile industry is not that easy.

Holding a press conference open to reporters on Thursday, Akio Toyoda said he was happy to see such new initiatives in the automobile industry. Underlining that the automobile industry is not what it can be seen from the outside, Toyota president said that selling cars is much more than all of these, even if you have the technology to produce cars. Stating that a vehicle should stand behind even 40 years after its launch, Akio Toyoda reminded that new initiatives should not ignore other things such as customers and service. According to Toyoda, Apple and other startups have to take on a huge responsibility.

Toyoda had similar sentences for Tesla.

It looks like the Toyota president doesn’t care much about Apple’s entry into the auto industry. In fact, no automaker cares about Toyoda. Because Toyoda, in the statements he made last year, attacked the cars produced by Tesla and said that these vehicles are not real products. However, Tesla surpassed Toyota in 2020, earning the title of being the most valuable car manufacturer in the world. Whether this recklessness will have heavy consequences for Toyota will become clear in the coming years.

Where Are The Thousands of Bitcoins Leaving Coinbase?