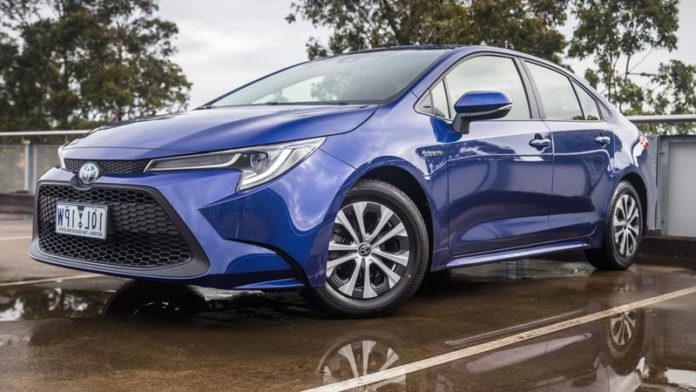 A few months ago, we learned that Toyota was working on a new Corolla sporty Hatchback, and it is claimed that this vehicle also has the GR badge. The Toyota Corolla Hatchback is currently included as part of the U.S. series, but it wouldn’t be wrong to say sporty Hatchbacks are a more important piece. These vehicles are not for everyone, but rivals like Honda and Volkswagen seem to depend on them.

According to Car and Driver’s report, Toyota is moving ahead with plans to launch a new Corolla sporty Hatchback not only in Europe but also in America. Allegedly, the new sporty Hatchback will hit the market in 2022. The Toyota GR Corolla is said to have a turbo-powered 1.6-liter 3-cylinder engine that provides 257 horsepower. This engine may seem familiar to you because GR Yaris uses the same engine. Also, 257 horsepower is not bad for a 3-cylinder engine.

The new Corolla will have a manual gear option:
Although Corolla is similar to GR Yaris in terms of engine, all-wheel drive system in Yaris will not be moved to the new Corolla. It is not known why this system will not be in Corolla, but there are many who claim that the system is not used to prevent the vehicle from being excessively heavy. There is also good news about the vehicle that will delight fans. One of these is the vehicle’s manual gear option, while the others have engineers designed the vehicle with stiffer tuning, stiffer brakes and larger wheels with summer tires.

See Also
Toyota Becomes the Most Preferred Car Brand of 2019

Due to the coronavirus outbreak, there may be some delays in the launch of GR Corolla, but it is a bit too early to talk about it. The price of the vehicle as well as the release date is among the curious. Considering that the price of Volkswagen GTI and Honda Civic Type R, which are in a strong position in the segment where Corolla is located, varies between 30-36 thousand dollars, we can say that Corolla will also be in this band.

Deezer ‘Premium’, ‘Family’ and ‘HiFi’ Packages are 3 Months Free for...