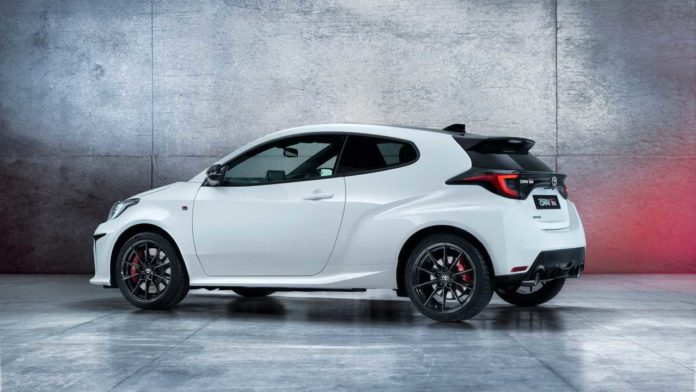 At the Tokyo Auto Salon, Toyota unveiled the new 2020 GR Yaris with outstanding features. The Japanese car giant’s new performance vehicle stands out as the world’s most powerful three-cylinder car.

After the World Championship Rally, Toyota developed its new Toyota GR Yaris for the first time at the 2020 Tokyo Auto Salon. GR Yaris, described as a complete performance monster, is the world’s most powerful three-cylinder car.

The GR Yaris has a three-cylinder, turbocharged 1.6-liter engine that produces 257 horsepower, 360 Nm of torque. In addition to the new four-wheel drive system GR-FOUR, the car features a six-speed manual transmission. Despite the four-wheel drive system and a pair of Torsen limit shift differentials, the weight of the car was only 1.280 kg, excluding the driver.

The new Toyota GR Yaris will accelerate from 0 to 100 km / h in 5.5 seconds
As for performance, the maximum speed of the car, which can reach 0 to 100 km / h in less than 5.5 seconds, was announced as 230 km / h. The Toyota GR Yaris has a new platform and engine, as well as new suspension and aerodynamic design. The model, which has a three-door body, uses carbon polymers and aluminum in its production. According to the standard Yaris, the rear suspension system has also been redesigned.

Other changes include frameless door windows, extended fenders, dual exhaust outlets and 18-inch wheels. The four-wheel drive system offers different driving modes such as Normal, Sport and Track. When these selections are made, the power distribution is 60:40, 30:70 and 50:50, respectively, but the system can automatically adjust all the power to the front or rear axle.

Toyota will produce GR Yaris at its new Motomachi factory in Japan. The First Edition will be available in Japan for $ 36,100. Finally, the car’s 257 horsepower-producing model will be sold in the European market. The Japanese version will produce 268 horsepower.