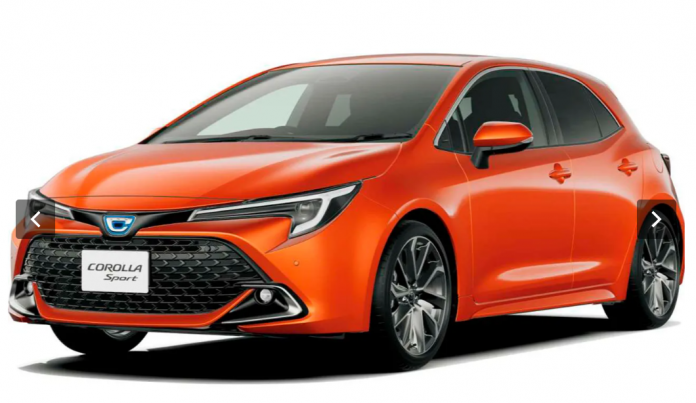 The Toyota logo, created by three ovals, has a very simple and memorable design. Introduced in 1989, this design has graced all Toyota models ever since. Although these ovals express trust between the company and customers, they also artfully symbolize the letters that make up Toyota. However, we cannot see this logo on some models.

Why does the Toyota Corolla have a different logo?

Toyota announced today that it has updated its Corolla models in the Japanese market with a promotional promotion. Continuing its journey with some minor design changes and technological innovations, the most striking thing about the model was the C-shaped logo used on the cars.

Although many brands have recently updated their logos, it can be assumed that the Japanese manufacturer has followed the same path with this logo in the shape of the letter “C”. However, the situation is completely different. Toyota may follow this path in some models in the Japanese market, and instead of the Toyota logo on the front of the cars, it uses an emblem consisting of the first letter of the name of this model. As a reason for this, we can show models that go beyond the perception of the brand.

Corolla is the best example of this. Corolla models offered by Toyota in the Japanese market use a logo in the shape of the letter “C” with three cross-shaped details on it. The company follows this policy, especially with regard to some of its popular models. There is also a Toyota logo on the back of the cars.

Toyota’s tradition of using names derived from Crown for sedans continues in the Corolla. In the logo on the models “Corolla”, which means crown or petal, the letter C symbolizes Corolla, and the details on the letter C are described as petals and petals.

Toyota Corolla is not alone in its logo strategy. While the Japanese manufacturer uses a logo resembling the letter P in its Premio and Platz models, we find an emblem in the shape of the letter A in the Allion model. Similarly, the Noah model has a logo that refers to the letter N.

Toyota does not have such a policy in other regions. So, what do you think about the Toyota brand using special logos for different models? You can share your opinion with us in the comments section.

Epic Games to Give Assassin’s Creed Syndicate Free This Week