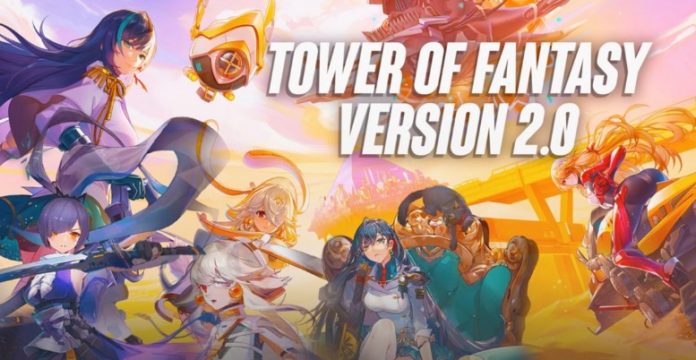 Tower of Fantasy version 2.0, the Vera update, will be released as a free update on October 20, 2022, two months after the launch of the game. Tower of Fantasy can be downloaded and played for free on Android, iOS and PC.

The new Vera update will expand the Tower of Fantasy game world by adding two different environments — the irradiated wilderness of the Desert Gobbi and in its center the cyberpunk city of Mirroria. Adventurers seek refuge in seemingly safe Mirroria, a place that from afar seems like an oasis in the middle of the desert, but Wanderers will eventually discover that it is also full of dangers and conflicts.

Both areas will offer Wanderers a new set of missions, events, raids, dungeons, monsters and legendary bosses to defeat, as well as new vehicles to unlock and weapons to master. In the Desolate Gobbi, there is a Gray Space where Wanderers will find the biggest upgrade challenges. Upon entering this area, the entire environment darkens, bringing with it a premonition and a threat of meeting with the entities of gray space, enemies inhabiting this zone. The entities of gray space come in different forms and are responsible for increasing the deterioration of the already fragile ecology of Faith. The deadliest among them are Abyssinians, but for those Wanderers who are brave enough to fight them, the reward will be generous.

Players can explore these new areas and the dangers they pose in the latest trailer of the game. The new trailer also features new characters Lin, Ruby and Saki Fuwa.

In addition to this announcement, Level Infinite and Hotta Studio will also host a special streaming event on October 13 at 13:00 Pacific Time and at 16:00 Eastern time. The live broadcast will tell in detail about the full update of Vera. Fans who attend the live broadcast will receive new exclusive content, ads and rewards for watching.

Free Fire Kicks Off Venom There Will Be Carnage Special Event;...

“King of the Mountain” turned into a terrifying horror manga thanks...