Home Entertainment Tower Of Fantasy: How to get a relic of the Colossus Hand 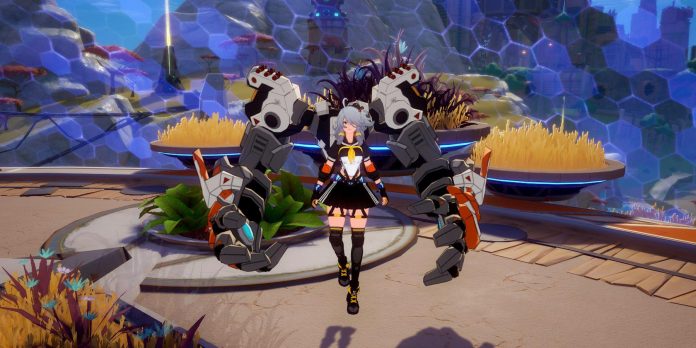 The Colossus Hand is a relic of SSR DPS, which can be obtained after completing a long quest in Tower of Fantasy. Players definitely benefit from getting this relic, as it will help a lot in battle, especially when fighting a large horde of enemies.

Although it takes a 300-second cooldown to recharge the Colossus Hand Relic, it lasts 20 seconds and can deal up to 1387.7% of Attack damage, which is a decent amount of damage. Therefore, wanderers should consider getting this SSR relic in Tower of Fantasy.

To get the “Hand of the Colossus” relic in Tower of Fantasy, players must complete the Hyena Base side mission. But before that, before starting the quest, you need to collect several items: strawberry soda with ice and two sets of tools.

The first one can be created at any cooking station with the right Tower of Fantasy ingredients, and the second one can be obtained after buying Fine Gifts in the store.

To launch the Hyena Bunges Base side mission, talk to the hyena guard on the oil rig. First go to Spacerift: The Ruins of the Signal station and go west. Then use Jetboard Relic in Tower of Fantasy and fly west to the oil rig. When interacting with the Hyena Guardian, select only the first options.

Go to the Banges dock, go up to the second floor and talk to the Port Guard. After that, go back to the oil rig and this time always choose the latest options while talking to the hyena guard.

The next step will be to go to the second floor and interact with the secret hyena document near the door to gather the necessary information.

Now teleport to Spacerift: Raincaller Island in Tower of Fantasy Navia and run west to the second oil rig. During a conversation with a security guard, select these parameters to log in:

Once inside, find a big guy named Morgley, and then give him a strawberry soda with ice to get the console components that will fix three broken beacons.

How to activate three beacons

Quickly head to Spacerift: North Seventh Day Forest and head south, then climb the mountain to reach the first Lighthouse. Kill the enemies, then use a set of tools to repair three broken power plants; two inside the room and one outside. The final stage is the activation of the system. This may not work the first time, so keep activating it until the cut scene starts.

From the first lighthouse, use the jetpack to fly northeast, then climb the mountain to get to the second lighthouse. First attach the components and then activate them.

Teleport to the same Spacerift and this time go northwest to get to the third Lighthouse after climbing the mountain. There are several enemies, so don’t forget to equip a powerful Tower of Fantasy weapon. After reaching the control room, interact with the computer to enter the password 5972, then activate the last Beacon.

Finally, head east to the blue ray in the lake to get to the Navia Ecological Park, where the relic of the Colossus Hand and other rewards are located.

Justin Bieber returns to the stage for his first performance since...