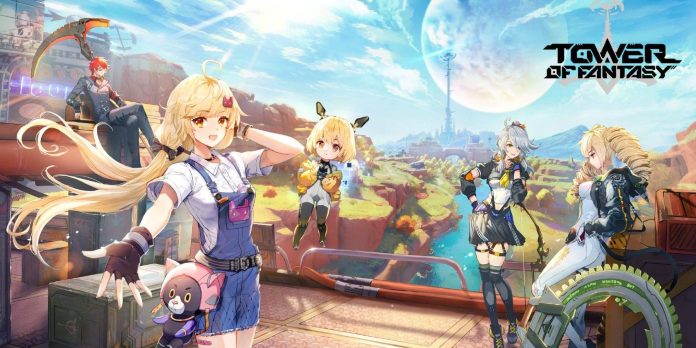 Tower of Fantasy announced the compensation plan in a letter to players to apologize for problems with their servers during the launch of the games. The new open-world MMORPG, released worldwide on August 10, almost immediately began to encounter login and registration problems, which forced the team to decide how to calm the victims.

The action of Tower of Fantasy, developed by Hotta Studio, takes place in a post-apocalyptic world in which some technological achievements, raids and boss battles, as well as a gacha system for acquiring new characters have been preserved. The game also announced that more than 4 million pre-registrations were made worldwide before launching on PC, Android and iOS.

In a “Letter to the Wanderers (Volume 5)” on the game’s website and on Twitter, the Tower of Fantasy team announced that players who registered before August 11 will receive 300 dark crystals due to the fact that some players cannot log into the game servers. or a permanent shutdown. Another 300 dark crystals will be sent to compensate players who cannot register or log in to their accounts. The last announced item of the fix is 10 gold cores for all players registered before August 17, an item used in the gachi mechanics that guarantees a character drop of SR or higher. The company claims that all these issues have been fixed, and directs players with the same or new issues to its FAQ page for additional answers.

600 dark crystals can be used to purchase in-game items such as personality upgrade cards to customize the appearance of characters, gold, gold cores and red cores. Although they cannot be purchased directly, players can earn dark crystals as a reward for in-game missions and as a bonus reward for buying Tanium, the Tower of Fantasy currency that can be purchased with real money.

Even despite numerous examples of similar problems recurring with each new long-awaited launch, players continue to face problems on the first day with alarming regularity. For a game that had 4 million pre-registrations, most users may have feared problems launching Tower of Fantasy and may have felt properly compensated with a currency that can be used to buy more gacha machine jerks. Only time will tell if this is enough to bring back those who left without being able to log in, or deleted the game out of frustration.

Tower of Fantasy is now available for PC, Android and iOS.

What Carmi will spend money on in season 2 of “The...

How to unlock Gazimon in Digimon Survive