Home Entertainment Tower Of Fantasy: All types of weapons, ranked 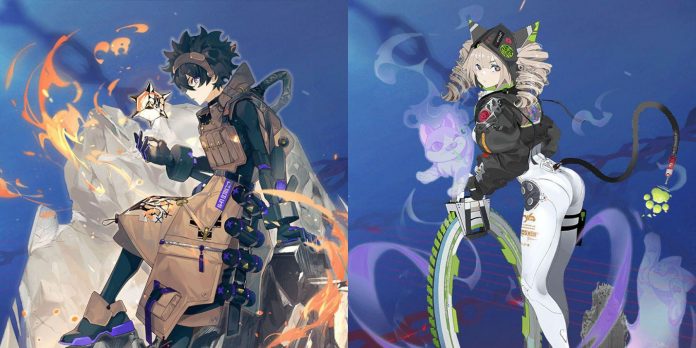 Players who try Tower of Fantasy get thrust into the budding world of Aida, an alien world that served as the new cradle of the survivors of a ruined Earth. And with the comet Mara releasing the rare Omnium energy source into the wild, players take on the role of characters across factions competing for the said resource, having to resort to fighting to secure dominance.

With the game being compared to Genshin Impactas a sci-fi alternative, players who engage in combat are treated to a similar fast-paced action with a wide assortment of weapons. Given its futuristic spin, players of this Genshin Impactcompetitor can use the likes of energy weapons and even firearms to gain the edge against Tower of Fantasy’s toughest foes. However, just which weapon types should players pay closer attention to?

Key to the equivalent of spellcasters in Tower of Fantasy are their Scepters, essentially the equivalent of Genshin Impact staves for spellcasters that allow them to dish out long-ranged projectiles to keep foes away from them. Perhaps special to the Scepter’s toolkit are attacks that often enable users to hit multiple enemies at once, and often at a distance, ensuring players have more control over their environment.

Users of Scepters include Cocoritter (Absolute Zero), and especially Pepper (Staff of Scars) who serves as the game’s most reliable healer. Given their focus on support roles, Scepters undoubtedly lack a consistent damage component often present in other weapons.

A unique weapon comparable to the likes of the Switch Axe in Monster Hunter, the Shield Axe is the first transformable weapon in Tower of Fantasy. As shown by Huma (Molten Shield V2), the Shield Axe serves as both a close-ranged Axe and a defensive Shield, giving players both offensive and defensive opportunities in a single weapon.

Despite the sheer versatility this weapon provides, the Shield Axe does have a rather complicated kit that demands proper timing and precision from players. Combined with Huma’s kit that offers Axe-based and Shield-based attacks, players may need to study the Shield Axe carefully and perhaps more intently compared to other weapons to keep up with their performance.

Most sci-fi action RPGs have their fair share of ranged weapons, such as Phantasy Star Online 2’s Assault Rifles. In Tower of Fantasy, a close equivalent would be the Rifle, a more powerful ranged weapon that packs more punch compared to the Dual Pistols but is considered much faster than EM Blasters and the Bow. Used primarily by Cobalt-B, the Rifle boasts medium-level firing speed, alongside an aiming component to give players room to be more tactical with their strikes.

Unfortunately, Rifles don’t pack enough damage to compete with other long-ranged weapons, and its toolkit is rather lackluster in the visual department. More than that, the frequency of melee fighters among mobs and the lack of melee attacks in Rifles make it a rather fragile weapon to wield.

Similar to its counterpart Hammer weapons in Monster Hunter and other action RPGs, the Hammer in Tower of Fantasy remains a heavy-duty weapon geared towards annihilating groups of enemies at once with precision strikes. Used primarily by Enne (Pummeler), her toolkit with the Pummeler proves her capacity as a tank due to her high defense and devastating blows.

However, the Hammer does suffer a bit with regards to the speed department. Granted, a lot of its attacks propel users to the air or even towards their target destination. Sadly, the limited radius of effect of a Hammer’s hit means players need a bit of precision to hit their targets, inevitably affecting their overall DPS output.

Polearms remain some of the most versatile weapons in the open world of Genshin Impact, primarily due to their extended reach compared to other weapons. However, in Tower of Fantasy where weapon types are more versatile, the Spear instead specializes in sure, tactical thrusts that are fast enough to be lightweight but hard-hitting to dominate foes.

RELATED: Great MMORPG Games That Flew Under The Radar At Release (But Still Hold Up Today)

Popularly used by Echo (Thunderous Halberd), her current Spear toolkit is characterized by hard thrusts that focus heavily on frontal targets. A lot of her moves dominate the mid-range, and some attacks propel her forwards to reach far-off opponents. Unfortunately, despite the Spear’s mid-range domination, it lacks the speed of other weapons to keep up in terms of damage output.

However, Double Blades do suffer from overall DPS output, especially when raking damage numbers through accumulated strikes. In terms of time-per-hit, it’s likely for other slower weapons such as Swords and even Scythes to outpace Double Blades. Thankfully, the weapon does shine in terms of speed, often capable of hitting more enemies at the same time thanks to both its range capacity and access to multiple directions at once.

The Bow in Tower of Fantasy works similarly to Bows in Genshin Impact, where users can switch between targeted attacks, rapid-fire tactics, and even area-based attacks to cover multiple grounds at once. As such, using the likes of Tsubasa (Icewind Arrow) and Bai Ling (Nightingale’s Feather) become a breeze for players already familiar with their Genshin Impact counterparts.

However, unlike rapid-fire attacks in Genshin Impact, the Bow in Tower of Fantasy suffers from a rather slow approach in terms of attack. Compared to more versatile and mobile Double Pistols and more hard-hitting EM Blasters, the Bow can become an underwhelming ranged weapon type that can be easily outclassed even by the supposedly-melee Chakram.

When one looks at the Greatsword in Tower of Fantasy, one might think of the likes of Genshin Impact characters Diluc, Noelle, and Razor with their slow-but-sure approach to Claymores. However, in this open-world game, the Greatsword is a more apparent quicker alternative to the other game’s larger sword type.

This is primarily characterized by Meryl (Rosy Edge), whose toolkit specializes in surrounding swings and AOE-finishers to clear mobs quickly, especially in the close-to-mid range. Unfortunately, the Greatsword appears to be a bit slower compared to other melee weapons, which means the Greatsword may not necessarily be able to keep up in terms of damage numbers.

Among the many melee weapon options in the Genshin Impact competitor, the Sword serves as one of the most versatile weapons in Tower of Fantasy. Popularly wielded by the likes of Claudia (Guren Blade) and existing in decent variants like the EM Blade, the Sword boasts hard-hitting combos that easily dominate the short-to-mid-range combat scene.

However, the Sword does lack the characteristic fluid “oomph” that the Hammer has and the versatility of the Chakram. Regardless, players looking for a more straightforward melee experience won’t go wrong with the Sword.

A Scythe is always an imposing weapon in any game due to its association with death, and being wielded by the enigmatic King (Scythe of the Crow) in Tower of Fantasy enhances this image further. Similar to other games, the Scythe in Tower of Fantasy specializes in mid-range combat, allowing King and players to reach for enemies much faster across almost any direction without directly becoming a long-ranged weapon.

RELATED: MMORPGs Perfect For Newcomers To The Genre

While not as fast-paced as Double Blades and the Sword, the Scythe is evidently much faster than the Greatsword and the Hammer. This surrounding-area focus in terms of attack gives melee lovers a lot of room for flexibility when surrounded, making this one of the best melee weapons in the game.

However, as demonstrated by Chakram user Shiro (Chakram of the Seas), the game’s version of the Chakram allows players access to multi-area attacks. Shiro has combos that allow the Chakram to unleash far-reaching energy projectiles, giving players unprecedented control over the long-range when necessary.

Unlike other Genshin Impact weapon categories that have “appearance templates” that give weapons a general visual, Tower of Fantasy boasts unique armaments for their customizable characters that may have completely different appearances. Such is the case of the EM Blaster, characterized primarily by its imposing size and hard energy attacks.

Used as either handheld cannons like Hilda (The Terminator) or as floating war machines like Nemesis (Venus), EM Blasters focus on AOE attacks to devastate the battlefield and multiple foes at once. In an open world like Tower of Fantasy, correct usage of EM Blasters can result in area clears much faster compared to other weapons due to their range and scope.

When players download Tower of Fantasy, they would notice that the game wouldn’t be complete without characters utilizing the rapid-fire strikes of Dual Pistols. As the name implies, the Dual Pistols rely heavily on combining mobility with multi-directional strikes, with players capable of unleashing a barrage of bullets in quick bursts. A key Dual Pistols user in the game is Samir (Dual EM Stars), whose toolkit focuses not necessarily on precision strikes but rather on extremely quick burst attacks aimed to pop off minions from a distance.

Although its damage output isn’t as high compared to other weapons, the Dual Pistols can certainly reach high numbers much faster due to its speed. Its mobility-oriented toolkit allows players to dodge attacks while attacking, a key component in both PVE and PVP components.

Given the sci-fi premise of Tower of Fantasy, it makes sense for a lot of its weapons to boast a futuristic appearance and even bizarre abilities. Such is the case of the Enchanted Cube – essentially a floating Cube that bestows various abilities to its users via the manipulation of the Omnium energy source.

Used primarily by Zero (Negating Cube), this weapon is certainly the most unique of weapon types so far in the game. Instead of simply giving Zero ranged attack options such as projectiles, the Negating Cube affords Zero the opportunity to tackle almost all range types through attacks such as ground punches, mid-ranged spikes, and hard-hitting projectiles. Although not supreme in terms of damage output, the Enchanted Cube is easily one of the most entertaining weapons to use in the game.

Tower of Fantasy is currently available on PC, Android, and iOS.

Rumor: Pokemon Scarlet and Violet have a Pokemon Dolphin