Home Entertainment Tower Of Fantasy: All the picturesque points of Navia 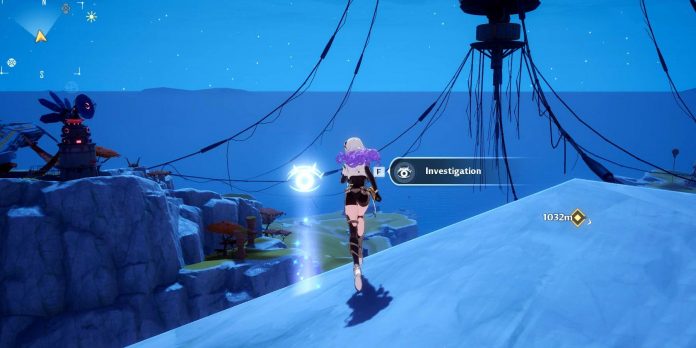 Exploring the vast world of Esperia in Tower of Fantasy, players will almost certainly stumble upon some eye-like sights. They are called scenic spots, and their purpose is to capture a certain scene and preserve it so that travelers can enjoy it at any time.
Unlike Astra in the Tower of Fantasies, which has five picturesque points, Navia has only four of them. Collecting them all rewards players with dark crystals and Navia Research Points, which are equally important as both help in leveling up. In addition, the latter is considered important, since travelers can get new clothes when they reach a certain level of research.
RELATED TO: Fantasy Tower: HT201 Shelter Electronic Lock Password

All the picturesque places of Navia in Tower Of Fantasy

To find the first scenic point in Navia, players should quickly reach the Space Rift: The Seventh Day Northern Forest in the Tower of Fantasy, and then turn northwest to find the first scenic point on the nearest cliff. If they explore it, they will get Selga decorations. Exact coordinates (-523.1, -456.2).
To reach the second landmark, players must teleport to the Banges Omnium Tower and use a jetpack to fly north. Eventually, players will see a small enemy camp, after which they must run in the same direction from the camp to the cliff, and then jump on the rocky mountain ahead. The landmark of Raincaller Island will be right there. Exact coordinates (-611,6, -381,4).
To find the next attraction, players will need to go to Spacerift: South Seventh Day Forest and head north to climb the mountain. There will be a tall tower, and the picturesque point of the Seventh Day in the forest is located at the top of this tower. To facilitate access, wanderers can use the Omnium Handcannon relic to create an energy pillar that can be climbed, and then use a jetpack to easily reach the top. Exact coordinates (-178.4, 406.8).
As for the last attraction, players will need to head north from the scenic point of the Seventh Day in the forest until they reach a tower guarded by enemies. If they continue to go north, they will be able to find the picturesque point of the island of Cetus next to the rock. The exact coordinates are (-281.3, -551.3).

How to collect Scenic Points in Tower Of Fantasy

To get rewards for Scenic Points in Tower of Fantasy, players need to click the icon with three dots in the upper right corner and select “Terminal”. After that, they can enter the “Chronicles” section to receive Scenic Points awards. Since each landmark contains 20 Darkness Crystals and 20 Navia Research Points, Wanderers will receive 80 Darkness Crystals and 80 Navia Research Points.
In addition to the “Chronicles”, in the “Terminal” category, travelers can also collect rewards for achievements, track main and side quests, and re-view memories of their adventures.
Tower of Fantasy is now available on PC and mobile devices.

Another 500 games are now compatible with the Steam deck

The Walking Dead: The actress who lied to the show so...