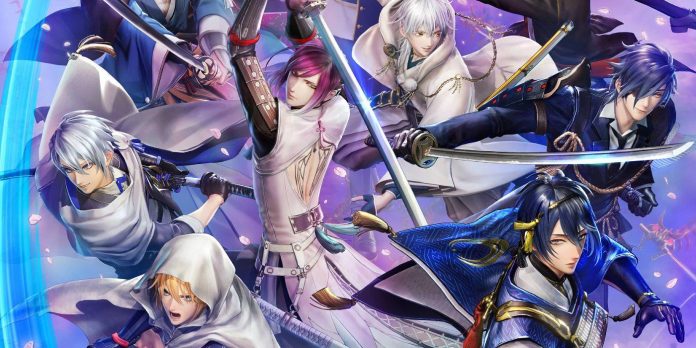 In Touken Ranbu Warriors, the series, popular primarily in Japan, returns to its virtual roots, but as part of an ever-growing number of additional Dynasty Warriors games. Developed and published by Koei Tecmo with the publishing assistance of DMM Games, Touken Ranbu Warriors uses the Musou formula combined with its own unique narrative and knowledge to create an interesting, albeit unexpected experience.

The history of the Ranbu Token is familiar – the struggle for the fate of humanity. In 2205, time travel was invented, and a faction of the populace known as the History Revisionists formed the Retrograde History Army (HRA) to change important events in the timeline. The Time Government is responsible for fighting this threat, and it does so with the help of Danshi Tokens, swords whose spirit has awakened and taken human form, which they send through time. Touken Ranbu Warriors follows the exploits of a certain group of Touken Danshi, whose Saniwa, the man who woke them up, has disappeared, leaving them sluggish and powerless. They are suddenly brought out of their depressed state by the little fox Konnosuke, who has been sent by the government to have Token Dancy conduct a special investigation of the Onslaught to thwart the HRA’s efforts to influence the Sengoku Jidai period in Japanese history. These missions take them through significant events of the time, many of which are associated with personal bets on Touken Danshi, the former owners of which often become participants in conspiracies.

The fights in Musou are pretty standardized, and the same can be said about Touken Ranbu Warriors. Standard combat is a little less restrictive than usual, as it allows for consistent strong attacks, and evasion can interrupt any animation, providing greater mobility. The combination of these factors makes the action much easier than in previous games, to the point that even when playing at a high level of difficulty, very bad decisions must be made before death. While this reduction in difficulty may seem undesirable to those looking for more challenging tasks, it’s easy to see that it will appeal to those who may be unfamiliar with musou and instead play it out of love for the original IP.

Compared to past Warriors games, the levels of the game have changed a lot. Instead of massive battles with different objectives and thousands of enemies, Touken Ranbu chooses a different approach with smaller themed missions. Usually there are a maximum of a couple of goals, and most of the stages can be completed in about five minutes. While these goals can be interesting and add a bit to the game, their brevity works against the strengths of the fight. For example, at a typical level, getting the number of kills needed to perform a big screaming move and destroy a group of enemies occurs on average about once or twice. Although it can be frustrating, taken as a whole and in a vacuum, there is still something to enjoy.

Touken Ranbu Warriors combat is bombastic, but the game looks good and runs smoothly on limited Switch hardware. A small complaint is the lack of an English sound track. In normal circumstances, this is not a problem, but it is annoying, since there are no subtitles in the game, but only scripted text. All the plot dialogues are fully accessible — although it is annoying to have to read them if they occur in the heat of battle — but all the random dialogues in the menu or on the Honmaru home base are completely lost to those who do not speak Japanese.

While it may not seem like a traditional entry into the Warriors spin-off style that most are used to, there is a unique feel to be found in Touken Ranbu Warriors. Thanks to an interesting setting, in which there are both attractive characters and a unique game of historical situations, everyone will find something to their liking.

The Last of Us: Gabriel Luna will play Tommy on the...

BTS’s Jimin Beautifies Seoul With His Face For His Birthday