Home Celebrity The touching letter that J-Hope dedicated to Suga 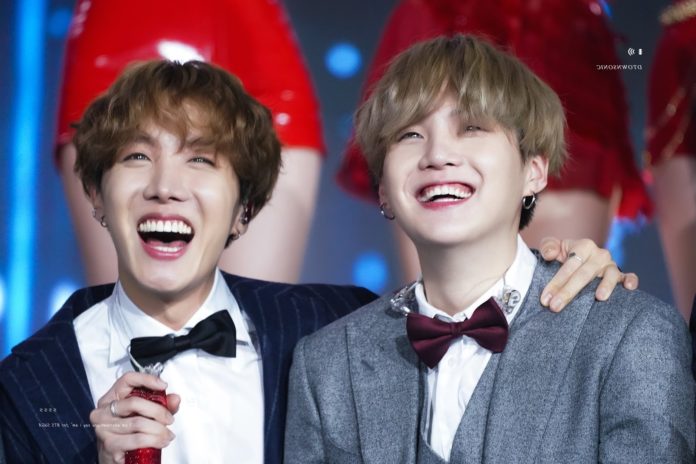 Idols have known each other for many years and this has consolidated their beautiful friendship. The path to becoming an idol is not easy, but if you find the right people the journey is less burdensome.

The chemistry between the boys of BTS is incredible, in each interaction they have on and off the stage you can see the magnetism they radiate because they are not only coworkers , they see themselves as unconditional friends.

J-Hope and Suga share a very close connection since they have known each other for many years, fans value their brotherhood so much that the duo has a special day called ‘ SOPE Day’ ARMY celebrates it on December 24 .

One of the moments that has remained in the memory of all fans was when Hobi wrote a letter to Suga by hand during the final episode of the BTS show ‘Bon Voyage’ in its second season in 2017:

“To my brother Suga , Hyung , hello, I’m Hoseok .When I first came to the bedroom, I felt very uncomfortable and shy, so I just stayed in the living room, then you came and talked, that relaxed me. I still can’t forget that moment. ”

J-Hope confessed that when he was tired Suga always helped him to keep going, when he was sick or sad Yoongi was like a savior for the ‘EGO’ singer, he thanked his friend for being in each important stage with him .

Hoseok ended his emotional letter saying, ‘ Hyung thank you for becoming a member of BTS and thanks for being my big brother, I hope you will always be by my side no matter what. I love you brother!

The message that Hoseok dedicated to Yoongi captivated all of BTS , the boys were very sensitive to remember the past and their partner’s words were very sincere .

Bad Bunny and Resident say no to quarantine