Home Tech TOTY FIFA 21: Score of the 11 best players of the year 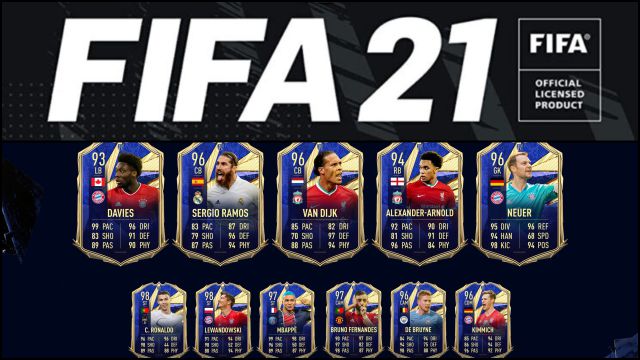 Electronic Arts has revealed the average score and statistics of the FIFA 21 TOTY (Team of the Year). The eleven best players in the game are already rated, according to the criteria of EA Sports, after the full list of winners was announced only ago few days.

As we saw, only one footballer defends a LaLiga jersey, Sergio Ramos. The Real Madrid CF center-back has slipped into the ideal eleven of the entire planet, since this ranking does not differ on a continental scale. Pending renewal by his current club, the Sevillian closes with an average of 96 out of 100. At the same time, it is the best FIFA 21 grade for a Spanish player.

Cristiano Ronaldo and Lewandowski, best mark of the year in FIFA 21

There are very few capable of surpassing Sergio Ramos in this TOTY of EA’s sports simulator. One of them is Cristiano Ronaldo, current Juventus Turin striker, with a 98. He who is already one of the greatest scorers in history shares a note with Lewandowski, the excellent Polish player from Bayern Munich, whose season has been seen surrounded by individual awards and accolades.

Mbappé, sought after by the big clubs in Europe, stands out in this TOTY with a 97 out of 100, while Neuer does the same as the best FIFA 21 goalkeeper; his score is 96. It should be noted that this team of the year has no less than four players from Bayern, current UEFA Champions League winner, followed by two from Liverpool English. Next, we leave the complete ranking with the average grades.

FIFA 21 is now available worldwide for PS4, Xbox One, Nintendo Switch, Xbox Series X | S, PS5, and PC. In Spain, it is one of the three best-selling video games in physical format every month.

FPS Boost will not be compatible with all games