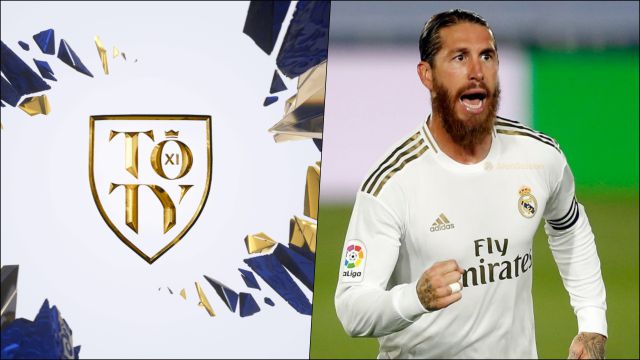 The FIFA 21 team of the year has already been chosen by the community. EA Sports publishes the eleven names that are part of the history of the video game.

FIFA 21 shows those chosen by the community. After an extensive vote, users of the sports simulator par excellence select which is the best eleven that 2020 has left us. An atypical season, marked by the impact of the coronavirus and the closing of the UEFA Champions League without an audience.

Only one player is part of LaLiga: Sergio Ramos. The Real Madrid center-back has managed to get into the high places, a position he shares with his eternal rival: Van Dijk. The Bundesliga and the Premier League share the largest number of players, with a total of 4 on each side. In the case of the Germans, Neuer, Davies, Lewandowski and Kimmich get their digital prize after having been European champions.

The Premier League, on the other hand, has two representatives from Liverpool, with the defense pair Alexander Arnold and Van Dijk. Two other important faces fall in the core in the domestic tournament: Bruno Fernandes and De Bruyne. The remaining positions fall at the extremes of attack, with Mbappé on the right and Cristiano Ronaldo on the left. At the moment it has not transcended the valuation changes that they will receive, but it is to be expected that they will be noticeably noticeable. Given the impact of being part of the team of the year, the improvement must be at the height of the special of the letter.

See Also
TOTY FIFA 21: Score of the 11 best players of the year

The FIFA 21 TOTY will be part of the card grid when you open the packs. You just need a little luck.

A YouTuber Runs Spotify on iPod: You Can Do It Too

Netflix-like Subscription System to Drive A New Car Every Day From...