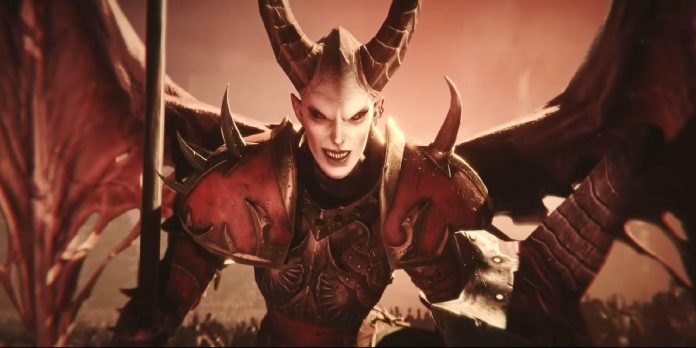 Total War: Warhammer 3 was first launched in February 2022 and was generally positively received by fans and critics. However, there were some issues with the game when it was released. For example, many have encountered errors that caused Total War: Warhammer 3 to crash in the middle of battles, which could be incredibly unpleasant, especially when working on completing one of the many quest battles of the campaign. Creative Assembly, the developer of Total War: Warhammer 3, has started working on fixing the problems that the players were facing, and six months later they believe that the game is in a DLC-ready state.

The first DLC for Total War: Warhammer 3 is the Champions of Chaos pack, which adds four new legendary lords to the game along with their own unique factions. The DLC was first introduced via a leak when keen-eyed fans noticed the factions in a video posted by Creative Assembly. Within a few weeks after the leak, new videos were posted on the Total War: Warhammer 3 YouTube channel, in each of which fans could get to know the new lords who will appear in the game.

Valkia’s trailer shows her engaging in battle, rushing into melee on her demonic wings. As a servant of Khorne, Valkia’s mechanics in Total War: Warhammer 3 will largely revolve around battle. However, it will differ from the Exiles of Khorne gaming faction in that its gameplay will focus more on the mortal servants of the Chaos gods, turning them from ordinary marauders into real champions.

DLC Champions of Chaos adds a new faction with characters dedicated to each of the gods of Chaos Warhammer, and is released on August 23. This is the same date when all the cards from the Total War: Warhammer trilogy will be combined into one huge famous campaign. like Immortal Empires. Anyone who wants to take a huge new map and destroy it in the name of Chaos will most likely want to purchase this DLC, as it also brings many new units to the lists of the dark gods.

Total War: Warhammer 3 is available on PC. Champions of Chaos will be released on August 23.

How was the most detailed map of Lordran created for the...