Home Entertainment Total War: Warhammer 3 – How to play for Azazel 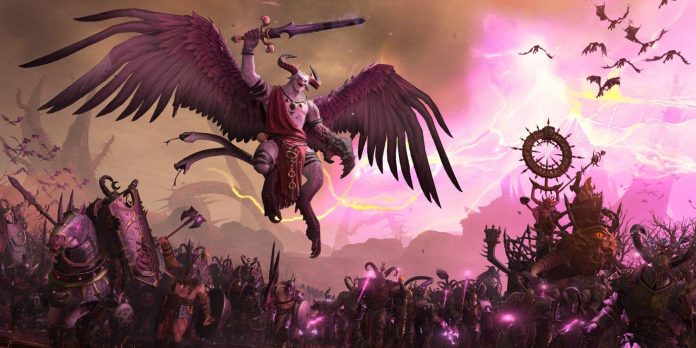 Total War: Warhammer 3 introduces even more factions and features to the hit strategic collaboration between Games Workshop and Creative Assembly. As new armies prepare to enter the battlefield, some old favorites are also improving. The Champions of Chaos DLC for Total War: Warhammer 3 introduces players to four new legendary lords, each of whom leads a hybrid faction of Warriors of Chaos.

Each of the Champions of Chaos is dedicated to one God of Chaos, and the Champion of Slaanesh is Azazel. As a follower of the Dark Prince of Pleasure, Azazel focuses on a combination of speed and seduction. On the battlefield, Azazel’s armies can use their Slaanesh-endowed forces to conduct devastating flank attacks, while his Heroes can spread the corruption of Slaanesh among other factions, eventually turning them into unwitting vassals.

The seductive influence of Azazel

Azazel is a corrupting force on the Total War: Warhammer 3 campaign map, slowly subjugating other factions to her will without conquest. His particular focus is on human factions such as the Empire, Brittany and Greater China, as he receives a huge +80 diplomatic favor with them as one of the traits of his faction. With the help of the mechanics of seductive influence, Azazel can overthrow the factions of mortals from within. Unlike the N’kari and the Seducers of Slaanesh, Azazel cannot create Cults. Therefore, he must rely on diplomatic treaties, the Corruption of Slaanesh and the Gifts of Slaanesh to spread his influence.

Defeating a Lord in battle or completing an Agent’s action against him will endow this character with the Gift of Slaanesh. Each Gift gives Azazel 8 Influence on the move with this Lord’s faction, which will increase the level of Seduction while he overcomes penalties based on the number of faction settlements and a natural aversion to Slaanesh. The only way to remove the Slaanesh Gift is to defeat the Slaanesh army in battle.

It will take time to completely seduce a faction to the point where it can be automatically vassalized for 2,000 souls, which means that players must start their seduction schemes in advance. A good tactic is to choose an important but distant target, such as Raikland, at the beginning of the game and send a few Heroes to start seducing them as soon as possible. Players must keep a close eye on the lands of their target, looking for Lords who do not have the Gift of Slaanesh. The more Lords receive the Gift, the faster the target faction can become a vassal, putting them at the service of the Dark Prince of Pleasure.

Although Azazel must rely on his Seductive Influence to vassalize most of the factions in the game, he can automatically gain control of the Norscan tribes by occupying the Dark Fortresses in their homeland. Dark Fortresses are rare places where Chaos Warriors can build their most powerful settlements in Total War: Warhammer 3. Each Dark Fortress in Norsk and the Wastelands of Chaos is marked by a corresponding Norsk faction. If the players capture the Fortress, the faction will automatically become a vassal.

Of all the Chaos Champions in Total War: Warhammer 3, Azazel is the best suited to take full advantage of this mechanic. While his Heroes begin the process of seducing the southern kingdoms on the map of Total War: Warhammer 3, it would be nice for Azazel to stay in Norsk at the beginning of the game. By targeting Dark Fortresses, players will be able to vassalize most of the Norsk in 15 moves, creating several convenient allies for future conquests.

Battling mortal foes such as Norska will also give Azazel an early boost of souls, a unique resource of Chaos Warriors. These souls are used both for the mechanics of the Gifts of Chaos, and to improve the Lords and Heroes of Azazel. Undivided characters can use souls to dedicate themselves to Slaanesh, gaining new powers and abilities at the expense of half their level. Alternatively, players can spend souls to turn a high-ranking lord into an immortal demon prince, which will give incredible power, but again for half the lord’s levels.

Like all legendary Chaos Warrior Lords, Azazel has several ways to recruit and upgrade his troops. Firstly, it is a set of detachments that can be made anywhere on the map, but it is limited by what detachments are available in that province at the moment. Each province has a small set of units from which to recruit, depending on factors such as the climate and corruption of Chaos in Total War: Warhammer 3. These units have a chance to replenish each turn, and rarer and more powerful units are replenished with less probability.

All Warband units can be upgraded once they reach certain ranks if the correct technologies have been unlocked.

Rumor: Liquor told everything they know about the new Bioshock game