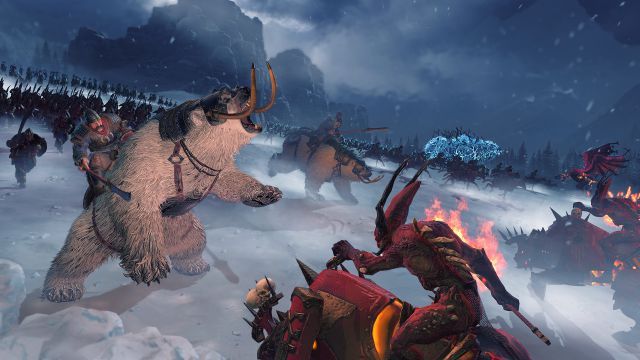 Total War Warhammer 3: Creative Assembly decides to delay the release of Total War: Warhammer 3 due to the need for “more time” for development.Total War: Warhammer 3 moves its release until the start of 2022. Creative Assembly takes advantage of the asocial networks to announce the delay, encouraged by the need to have “extra time” with which “to be able to fulfill more” than they could if they ran to get to this year.

“After almost a decade in the development of the Total War: Warhammer trilogy, it feels unreal to see that we are close to the release of the final chapter,” the company begins in the statement. “While it’s tempting to race to the finish line, we’ve made the decision to move the 2021 release of Total War: Warhammer 3 to early 2022 to have a little more time.”

From Creative Assembly they assure that the wait “will not be much longer”, and that during these months they have “a lot of new information” to share. “The new date will make the launch stronger and the best first step in this era for Total War: Warhammer,” they emphasize. “We don’t view the release as the end of our trilogy, but rather the beginning of years of content and support as we continue to scale the fantasy universe from Games Workshop to Total War,” concludes Rob Bartholomew, chief product officer at the studio.

On May 13 we were able to offer you our first impressions with the game. In the preview, which you can read at this link, we said that that time with the game was enough to verify that the studio “continues to take care of one of its most representative works with care. ”. “The active incorporation of the forces of chaos is a key piece in what is the architecture of the trilogy and the final design of Mortal Empires, so we are left wanting to have a more intimate knowledge of these four factions, their units own and how their traits and characteristics will be transferred to the world of Total War, in addition to all the mystery that surrounds Cathay ”.

Arthur Can Now Terminate Liverpool’s Lease Deal Ahead of Schedule in...

Mike Flanagan brings to life a teenage horror novel of the...