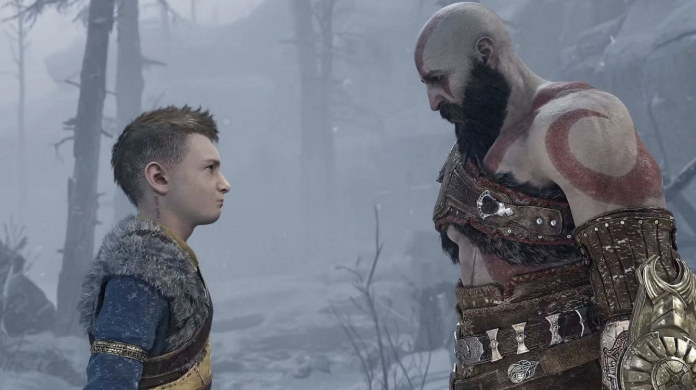 We are talking about current theories about God of War: Ragnarok, one of the productions of the Playstation brand, which will be released in the new period.

The God of War brand is one of the most precious cornerstones of the Sony Playstation world. The production, which first appeared in 2005 for PS2 owners, deeply shook the game world. Developed by Santa Monica Studio, the game also embellished its success with sequels. The original series of God of War, which is still known as one of the best trilogy ever, came to a glorious end with the third game released on PS3.

In the following years, although side games about Greek mythology were developed for PSP and PS3, the series started to get tired. When the ‘hack and slash’-based gameplay mechanics and story of the series started to repeat itself thoroughly, Sony was left with two options: Either the God of War brand would be abandoned for good or the series would change its shell from start to finish.

God of War legend rose from the ashes in 2018

Sony finally decided to take the series over and change everything from camera angles to gameplay, from storytelling to character development. The first move in this sense was to bring Cory Barlog, the producer of the first game of the original trilogy, to head.

Barlog turned God of War into a completely different game with its name and main character remaining almost constant. This time Kratos embarked on an adventure set in Scandinavian mythology and we witnessed one of the best games in history.

God of War Ragnarok may be the last game set in Scandinavian mythology
Cory Barlog, who recently interviewed a YouTube channel, admitted that they needed a lot of time to make the game a trilogy. Adding that they do not need a third game for Kratos’s ‘reboot’ story, Barlog also touched on the release date of the new game.

Cory stated that they generally have a 5-year development period for the God of War series, and this time they need such a period. Considering that the first game was released in 2018, it is possible that the game will receive one more delay. In this sense, the year 2022, which was announced a while ago, may remain somewhat optimistic and the game may extend to 2023.

It may not take long for Kratos and his son Atreus to get into each other.

As you know, we followed the father-son relationship Kratos tried to establish with his son, Atreus, almost throughout the first game. A god just like his father, Atreus became even more irritable as he discovered his powers. All of this, combined with the difficulties of puberty and illness, made it difficult to control.

Although the father-son relationship improved somewhat towards the end of the game, this could change very quickly in the second game. As you know, it’s no longer a big secret that Atreus is Loki. In summary, Atreus; that is, Loki may want to explore his roots and perceive his role in Asgard.

In this sense, the interests of Kratos and his son, determined to wreak havoc on Asgard, may be at odds. Personally, I think Loki will eventually go the other way, but it’s no surprise that this happens early in the game.

We may have many more enemies in the game than Freya and Thor.

As you know, Freya, whose son we killed Baldur in the first game, is our most likely enemy in this game. As we can see from the trailer, a Thor war seems inevitable. If we are going to experience the last game of Norse mythology, it is not difficult to foresee that Odin will be in trouble at some stage.

There is a theory about the logo that was published when the game was first announced. According to the image you see above, each rune that makes up the game’s logo brings together the text ‘Ragrarok’ in total. According to Norse mythology, these runes are known to be the main elements that give power to the gods by Odin. Unlike the known gods in this sense, we can also see several different gods with whom we have to fight.

Sad theory about the ending: Atreus or Kratos will surely die

We have two very plausible reasons for considering this theory. First, it’s hard to remember any God of War game with a ‘happy ending’ to date. As you know, the end of the second game, which led to the third game and the Olympos massacre, was left in some suspense. However, this should be seen as a transition to the third game rather than an ending.

Apart from that, neither killing Ares in the first game nor slaying Zeus at the end of the trilogy brought peace to Kratos. The survival of both Atreus and Kratos goes against the spirit of God of War at this stage.

Our second reason is hidden in the name of the game: ‘Ragnarok.’ As you know, this concept, which represents the end in Scandinavian mythology, represents a process in which all the gods somehow slaughtered each other at the time it took place. Although there are several gods who are said to have survived after Ragnarok, none of these myths contain any indication of Loki surviving. In this sense, if God of War: Ragnarok remains true to the myth, it is impossible for Kratos’ son Ateus to survive this war.

These are the only theories that come to mind for now… What do you think about God of War: Ragnarok? Do not forget to share your ideas about the game with us in the comments.