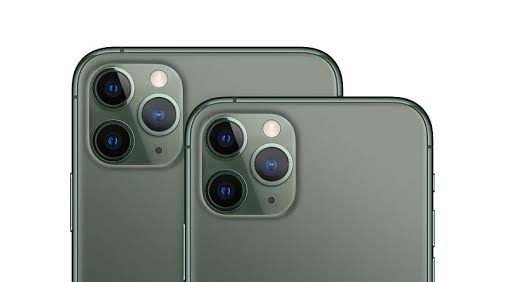 Gartner, a US-based global research and consulting firm, has released a new report showing the sales performance of the world’s top five best-selling smartphone brands in the third quarter of 2019.

The smartphone revolution that Apple launched with the launch of its first iPhone in 2007 has undergone significant changes over the years. Brands are competing with each other to produce the most attractive future device for consumers, using the latest technology. Of course, we are users.

The global demand for smartphones changes each year according to users’ preferences and market saturation. The latest report from the renowned research company Gartner points to a 0.4 percent drop in global smartphone sales compared to last year. When we examine this decline in detail, we see significant changes in the sales performance of some brands.

Apple experienced a significant drop in iPhone sales
Gartner’s report on smartphone sales in the third quarter of 2019 shows that Samsung, the South Korean technology giant, remains strong in the market. Earlier next year, the new flagship Galaxy S11 was prepared to introduce the company, an increase of 2 percent compared to last year, managed to sell about 80 million smartphones.

Which company sold how many smart phones in the third quarter of 2019?
Chinese technology giant Huawei, despite the legal problems with the US 65 million units in the sale of smartphones is in the second step. In the third step, Apple is undoubtedly the worst performing company among the five major brands. Cupertino company’s iPhone sales, compared to the same period last year, fell by 5 million to 40 million units. Chinese Xiaomi, which has recently declined considerably in the local market, remained at similar figures last year. Another Chinese manufacturer, OPPO, ranked fifth with 30 million units sold in the third quarter.

Gartner says that in the third quarter of 2019, a total of 387 million smartphones were sold worldwide. This figure was 389 million in the same period of last year. Without a doubt, today’s users prefer mid-range smartphones instead of flagships. In particular, price / performance-oriented phones are now popular with users. For this reason, brands such as Huawei, Xiaomi and OPPO continue to grow strongly against Apple, the key player in the smartphone revolution.

IOS 15 Will Have SharePlay To Watch Movies With Friends Via...