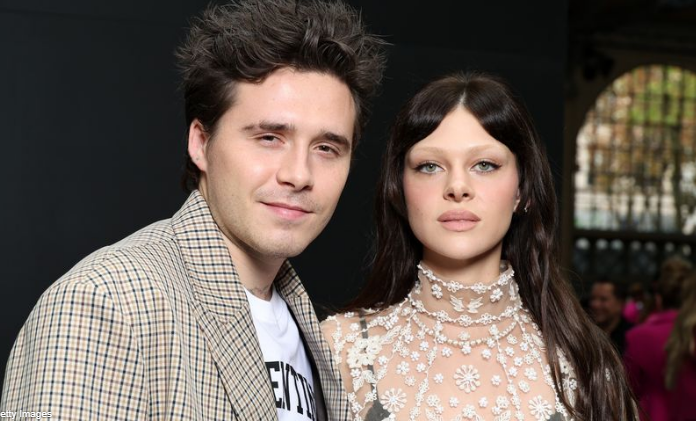 It seems that a new trend is emerging here. Gigi Hadid (27) surprised with bleached eyebrows at the beginning of the year. Kim Kardashian (41) also presented the hair above her eyes on the cover in September in a super—light shade of blonde – this probably caused a real wave of imitations. Now this example was followed by the best half of Brooklyn Peltz-Beckham (23) Nicola (27) and lightened her eyebrows!

At Paris Fashion Week, Nicola appeared in a spectacular image. Her eyebrows no longer match her mane, which she recently dyed dark — now the brunette has apparently lightened her eyebrows. It seems that dark protruding eyebrows are a thing of the past, and barely noticeable eyebrows are now in fashion.

Fans on Instagram reacted ambiguously to Nicolas’ change. Some completely adored the look, while others weren’t thrilled at all. “Please don’t bleach your eyebrows”, “Can someone explain this trend to me? It looks so bad” or “Please get your eyebrows back,” some users commented. How do you like Nikola’s bleached eyebrows? Vote right now in the poll!

Prince Harry is returning to England for the first time

Meghan Markle and Prince Harry: the couple still have not arrived...