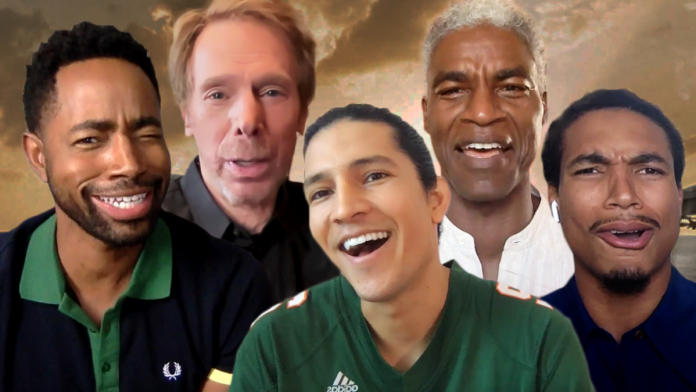 “Best Shooter: Maverick” is getting ready for a home entertainment release, so of course CinemaBlend had to talk to producer Jerry Bruckheimer, who was joined by stars Charles Parnell, Jay Ellis, Danny Ramirez and Greg “Tarzan” Davis about the epic sequel to the film. Classics of the 1980s. Watch them discuss some of their favorite moments with Tom Cruise, the surprise and anxiety of flying on a real plane when they realized that “The Best Shooter: Maverick” has become a global phenomenon, and much more.

00:34 – How Tom Cruise got the green light “Best Shooter: Maverick”

01:37 – Actors share their favorite memories of Tom Cruise on set

05:52 – Charles Parnell’s reaction to the role in “The Best Shooter: Maverick”

10:30 – The moment when everyone realized how massive “Maverick” was

The cast of “Black Panther” honored the legacy of Chadwick Bozeman...