Home Entertainment Top Gun: Maverick Faces the Fire of a Legitimate Enemy as a... 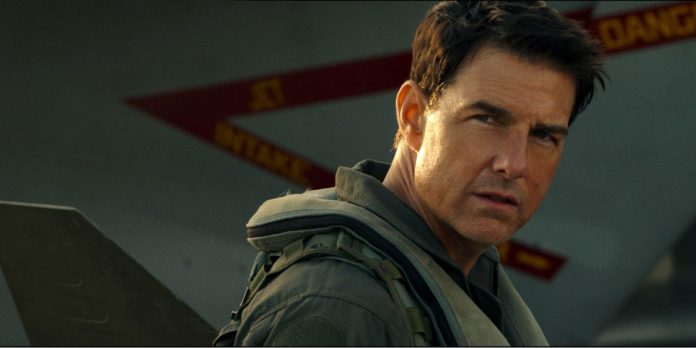 A new lawsuit filed in California is now the perfect excuse for some to brush up on their Top Gun story, as the family of the author of the article that inspired the franchise is seeking damages for alleged copyright infringement, as well as an injunction aimed at stopping current screenings of Top Gun: Maverick.

The story goes like this: In April 1983, a man named Ehud Yonai published his story Top Guns in California Magazine along with a series of photographs taken by C.J. Heatley. Yonai must have felt that he had something special in his hands, as he quickly registered the article in October of the same year, and it’s really hard not to imagine it that way, since Paramount actually secured the rights to the film and related rights related to the story. in the agreement signed with Unai on May 18, 1983

In short, the heirs of Yonai, Shosh Yonai and Yuval Yonai, claim in their lawsuit that the rights to the article returned to the family in January 2020. According to the lawsuit, Paramount has not entered into another licensing deal for Top Gun, and the sequel to Top Gun: Maverick does qualify as an “exception to previous derivative works” under copyright law, since the film was not completed until January 24, 2020. Court documents obtained by Deadline indicate that Yonays’ legal team is headed by attorney Mark Toberoff. , who is known for representing the heirs of Marvel comics against Disney, as well as former judge of the 9th U.S. Court of Appeals Alex Kozinski.

The Yonays claim that Paramount’s response to a previous cease and desist letter that was sent to the studio denied the derivative nature of Top Gun: Maverick. According to Paramount, “The 2022 sequel was ‘sufficiently completed’ by January 24, 2020 (the actual end date).” Given that Top Gun makes a profit for Paramount as if it were a large-scale Marvel movie, it goes without saying that the economic interests in the case are very significant.

Anyone interested in reading the original Top Guns article can find it on the Internet in various sources. It’s a story that mostly centers on two F-14 pilots of that era, Lieutenants Alex “Yogi” Hnarakis and Dave “Possum” Cully, whose call signs are admittedly a little less cool than Maverick or Iceman. The timing of the trial on June 6, 2022 seems rather strange, given that the injunction, even if successful, will have less impact on Paramount now that the film has already earned more than $550 million at the box office worldwide. even despite China’s ban on Top Gun: Maverick.

The same proposal will cover any future Top Gun sequels that Paramount wants to make, although given that the wheels of justice turn much slower than the F-18, it’s unlikely that it can destroy Maverick’s current momentum.

Lost Ark – Starter Packs: What They Include, Price And Differences

Jungkook On A Motorcycle Accelerates Army’s Heart To Top Speed