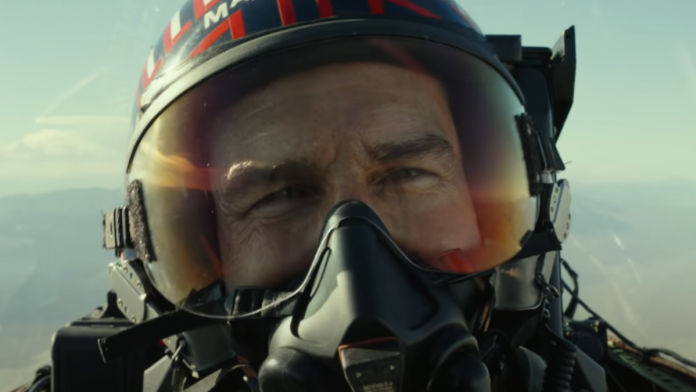 ATTENTION, SPOILERS: The following article contains spoilers for Top Gun: Maverick. If you haven’t seen the movie yet, act at your own risk!

Some films seem to have been created specifically to be forever analyzed and analyzed by the audience (Jordan Peele’s filmography immediately comes to mind), but the truth is that even the most straightforward films become the subject of violent speculation in the age of the Internet. A fan can start focusing on a specific detail, and if it gets enough attention on social media, it can become a “thing.”

Naturally, this activity is even more fun when the filmmakers make the choice not to reject this kind of speculation — and this is exactly the circumstance that we have here, since Top Gun: Maverick director Joseph Kosinski prefers not to refute the theory that the entire film is just a posthumous dream of the protagonist Tom Cruise.

The director recently gave an interview to The Hollywood Reporter, and when Kosinski was asked if he wanted to challenge the fan theory, he declined. The director said,

No, films need to be interpreted in different ways, and I like it when people put different meanings into them. So I like to listen to this theory, and, of course, there is an element of myth in this story, which, I think, lends itself to this kind of interpretation based on who the Maverick is and what he represents, and on the fact that he sort of goes through this ritual. passing at another stage of his life.

The Top Gun: Maverick death dream theory seems to date back to an article from Vulture published back in May. As those who watched the film remember, the story begins with Maverick Tom Cruise, who serves the military as a test pilot of an experimental aircraft. Contrary to the wishes of his superiors, Maverick takes off on an airplane called “Dark Star” and accelerates the car to Mach 10.3 (which is more than 10 times the speed of sound).

Maverick is transferred to the TOPGUN program because of his actions, but the theory states that this is not what actually happens to the character. Instead, the idea assumes that the brilliant pilot is killed during the test, and everything that happens after in Top Gun: Maverick is a fantasy created by his dying mind.

When you look at Top Gun: Maverick from a macro perspective, you can understand why this point of view haunts many. Much of what happens to Maverick could be called an idyll for the character: he reconciles with the son of Goose (Miles Teller), intervening in his career in the navy, he reunites with his lost love (Jennifer Connelly), and he is able to lead a successful mission, which on paper was considered almost impossible.

“It was just a dream” and “the character was dead the whole time” are pretty simple fan theories that moviegoers have applied to many films over the years, but Joseph Kosinski can be noted as a fan of this theory. applied to Top Gun: Maverick, and he appreciates that viewers create their own interpretations of his work:

So I like this theory. Movies are things that need to be interpreted in their own way and based on how you see the world and on your experience. So I won’t pour cold water on it. This is a really cool interpretation of the story.

If you’re not quite sure how to relate to this fan theory and want to revisit the movie with this idea in mind, the good news is that finding the screens of “Best Shooter: Maverick” is still incredibly easy. Despite the fact that the film was released at the end of May, it is still in the top five at the box office and as of last weekend was still running in more than 2,900 theaters nationwide.

To find out about all the features that will appear before the end of the year in both cinemas and streaming services, check out our movie release calendar for 2022.

Twitch Bans TheGrefg Channel: We Explain The Reasons For The Ban