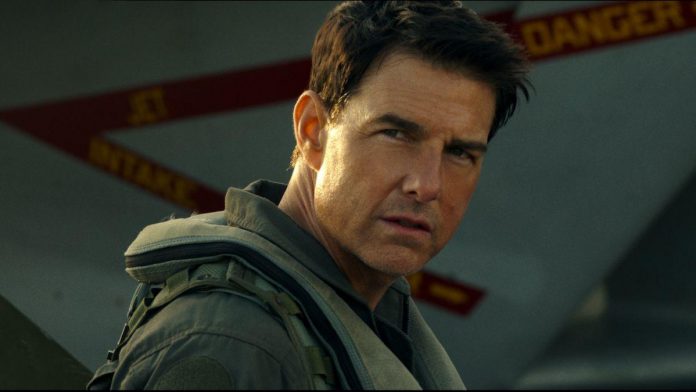 Tom Cruise has been a Hollywood heavyweight for almost four decades, ranging from early works like “Outsiders” and “The Color of Money” to his ongoing work as Ethan Hunt in the Mission Impossible films. For the past few months, Cruz has been making an impression on the big screen with his crackdown on Pete “Maverick” Mitchell in “The Best Shooter: Maverick,” a movie in which the actor actually got the green light just by calling Paramount Pictures and telling the studio he was doing it. In addition to the return of Val Kilmer as Tom “Ice Man” Kazansky, the cast of “Maverick” consisted of new faces, and I had the pleasure of learning from three actors about their favorite memories of working with the icon on the sequel.

Top Gun: Maverick has recently been released on digital platforms, and to celebrate, I spoke with Charles Parnell, who plays RADM Solomon “Warlock” Bates, commander of the Naval Aviation Combat Development Center and a man who goes way back in time with Pete Mitchell. Parnell decided to recall his first meeting with Tom Cruise, starting with the following:

I have many good memories of working with Tom Cruise. The first thing that comes to mind is my very first day. It kind of shackles him. So my first day was a speech that Warlock gives introducing Maverick to new students, and [Cruz] wasn’t supposed to be there that day. I give a speech several times on camera, we do a few takes, and everyone is used to relaxing after I finish, because we are going to cut there, and he is going to shoot his on another day. I’m about to go again, I see some movement behind the curtain, and it’s him getting dressed. And they’re like, “Do it this time, he’s really coming.” The other actors didn’t know, I introduced him. Mind you, I didn’t meet him because I missed reading the spreadsheet because I was working, so it was my day to meet him. I thought I’d meet him in a few days, but he was there and we didn’t even say hello.

I can only imagine how surprised Charles Parnell was when he learned that Tom Cruise not only appeared on the show Top Gun: Maverick on a day when he was not expected, but also did not just stop by for a minute. attend; he came to act out his scene. Parnell then described how his first interaction with Cruise actually went awry, and also praised his film partner for how he brightened up the days of the cast and crew. According to Parnell:

I repeated the scene, he fits the same way you see in the movie, and you hear his footsteps, and I wonder if this is the take they used, because everyone kind of tensed up in their chairs when they realized that someone actually came, and they didn’t cut. And then he made his speech. So I’m watching Maverick live on the air, standing there on the sidelines, and then he just drops it all and says, “Charles, how are you? Welcome to the set. I’m Tom.” And that’s how I met Maverick/Tom at the same moment, and it was pretty wild. It’s my first big memory, but I have a lot of great memories of working with him because he was great for me, he’s great for the actors, he’s relentlessly positive. It cheers you up, it makes you feel good about what you’re doing all the time, so it just lifts the whole spirit of the movie.

This is followed by Danny Ramirez, who played LT Mickey “Fanboy” Garcia, WSO for LT Jay Ellis Ruben “Payback” Fitch. For his favorite memory of Tom Cruise, Ramirez also chose an early interaction with the actor, who was reportedly paid $12.5 million for this film, as well as everything that comes from the backend part of his deal. However, this moment also served as a way to remind Ramirez that Cruz is the same person as the rest of us and the one who was rooting for everyone’s success at Paramount production. As Ramirez explained:

I have a lot of really good memories, but today I’m going to share what lifted that veil from… he’s already superhuman, he’s really someone superhuman; he’s Tom Cruise. But the first time we were going to meet at the airbase, we were talking on the speakerphone: “Tom is about to land, Tom is about to land in 10-15 minutes.” My God, Tom is about to land.” And here we are all waiting in this corridor; he lands, greets someone, and then this person, I don’t remember who it was, they leave, and he is about to come up to us, but takes a sip of water. It spills a little. It’s just a small puddle on the ground, and he just washes it off with his foot, pretending that nothing happened, and then comes up and greets us. I remember seeing it and it broke down the walls… he’s just like us. And then from this point of view, he is not only similar to us, but also proved it, and he is one of the most compassionate, sensitive people. He wants you to succeed as much as he does, and he really shows it every single day. This is the general story.

LOTR: Was Rivendell abandoned after the War of the Ring?